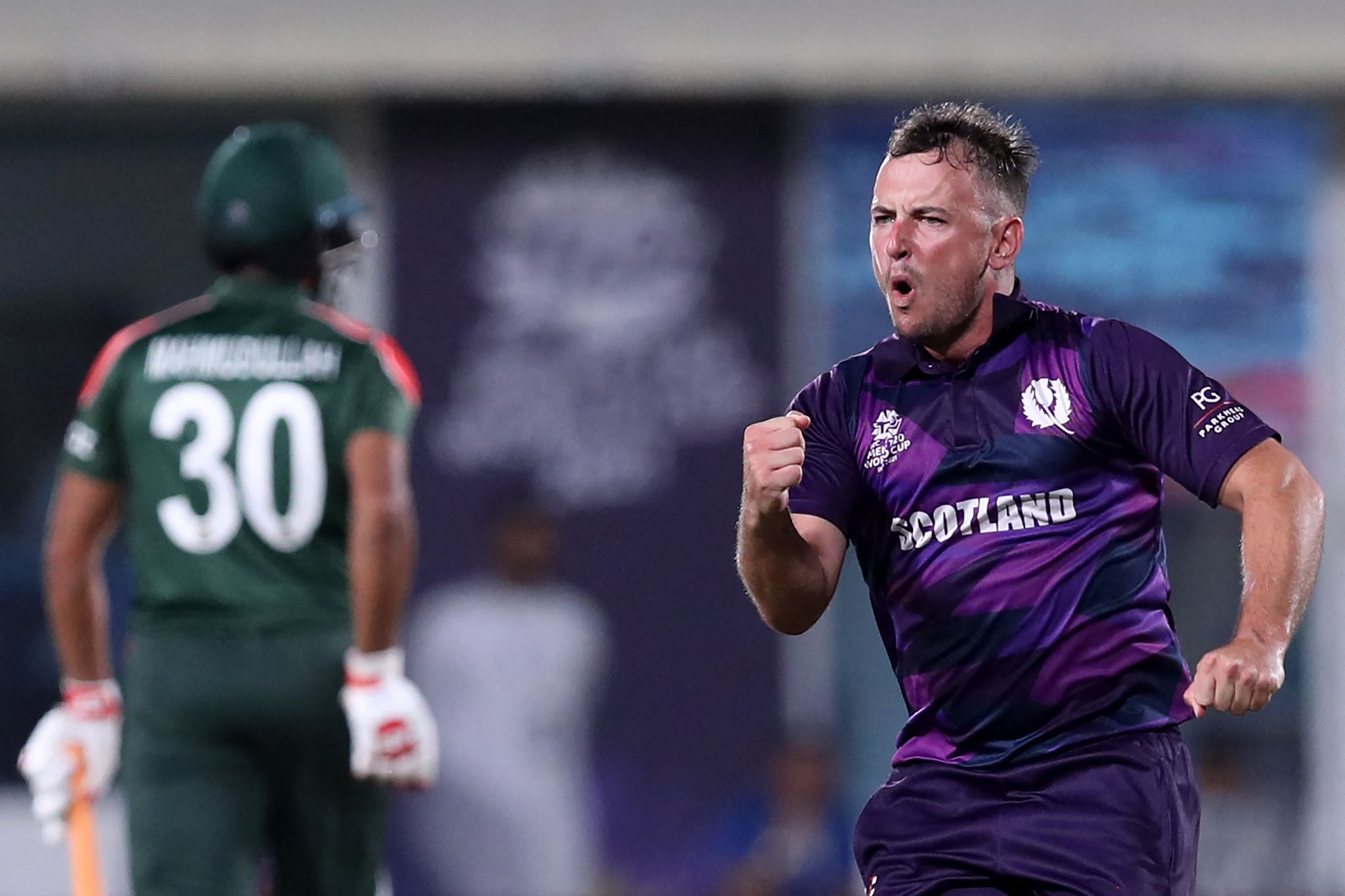 In the 2009 tournament opener, the Netherlands pulled off a sensational four-wicket win over England at Lord's, the 'Home of Cricket'. Chasing 163 to win, the Dutch scored two runs off the final ball. Tommy de Grooth, who made a crucial 49 for the Netherlands, said: "We set out a few months ago to achieve a few things -- and this was one. We wanted to play at Lord's, qualify for the World Cup in 2011 and beat a big nation, and I think we just did that."

The Dutch were to defeat England again at the 2014 tournament in Bangladesh with a convincing 45-run triumph.

Australia were restricted to 138-9, with Elton Chigumbura and Gary Brent claiming five wickets between them.

Brendan Taylor shrugged off a rain delay with 60 off 45 balls before the game was settled on the penultimate ball with four leg-byes.

West Indies then failed to get on top of the Afghanistan spinners with Mohammad Nabi, Amir Hamza and Rashid Khan sharing five wickets as the Caribbean side fell six runs short.

West Indies had the last laugh, however, when they went on to defeat England in the final for a second world T20 title.

-- Hong Kong had looked to be on a hiding to nothing when they faced hosts Bangladesh in Chattogram.

They had already lost to Nepal by 80 runs and seven wickets at the hands of Afghanistan.

However, they went out of the tournament on a high with a two-wicket win over the Tigers.

Chris Greaves starred with bat and ball as Scotland shocked Bangladesh with a six-run win in Muscat on Sunday.

Greaves, who had earlier rescued Scotland from 53-6 with his batting, sent back Shakib Al Hasan, for 20, and Mushfiqur Rahim, for 38 to dent Bangladesh's chase.