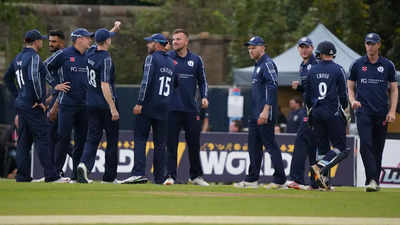 Scotland coach Shane Burger believes that his side are more than capable of hunting a few down in the upcoming T20 World Cup, starting with qualifying rounds against Bangladesh.

Scotland will start their campaign against Bangladesh who are one of the top-rated teams in group - B of the qualifiers, but Burger is confident and considers Bangladesh the same as Oman and Papua New Guinea.

"We know we can catch any team off guard if we play our best cricket, it is as simple as that. The shortest format does bring every team closer together. We know what we have in the tank. If we deliver our best cricket, we can beat any team, whether that's Bangladesh, Oman or Papua New Guinea," Burger told ESPNcricinfo.

"We don't see Bangladesh being anywhere higher than PNG or Oman in terms of these group games. We know every single team is going to come at us. We will be their biggest game. We are prepped and ready."

The Scottish Saltires famously defeated England, the top-ranked ODI side in 2018. Burger's confidence also comes from Scotland's wins over Netherlands and Namibia in the warm-up games.

"The matches against Netherlands and Namibia would give us fantastic momentum going into our first World Cup game against a quality team like Bangladesh," he said. "It has allowed us to feel pressure. It has allowed us to win big moments. We have made mistakes but we also played some really good cricket over the past month.