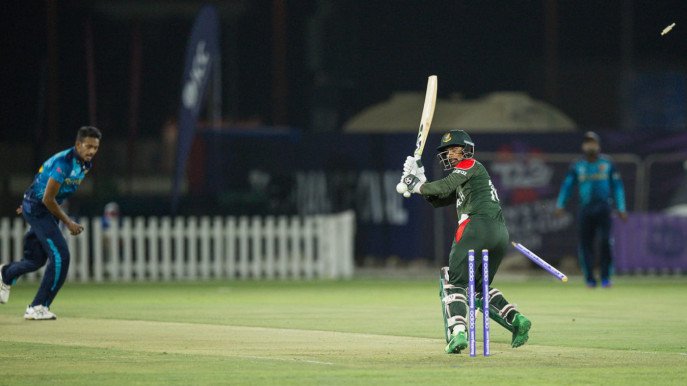 Bangladesh will face Ireland on Thursday (October 14) in their second official warm-up match of the ICC T20 World Cup as the timing of the match has been rescheduled. The match will start at 12 pm noon (10 am Oman time) instead of 8 pm Bangladesh time.

After playing this match, Bangladesh will have to fly to Oman again to play the qualifying round. If all goes well, the plane carrying the Bangladesh team from Dubai will depart at 11pm Bangladesh time (9pm Dubai time).

However, Bangladesh lost their first official warm-up match against Sri Lanka by 4 wickets on Tuesday.

In 20 overs, they scored 147 for seven with Soumya Sarkar posting the highest, 34, for the team. No other Bangladeshi batter was able to pass the 20-run mark. Soumya was also the best bowler for the Tigers as he took 2 wickets for 12 runs in three overs.

Bangladesh skipper Mahmudullah Riyad sat on the bench as a precautionary measure after he complained of a "slight back pain".

Mustafizur Rahman, who was in the IPL playing for Rajasthan Royals, has linked up with the Bangladesh side, and Shakib Al Hasan will do the same after his commitments with Kolkata Knight Riders are over.