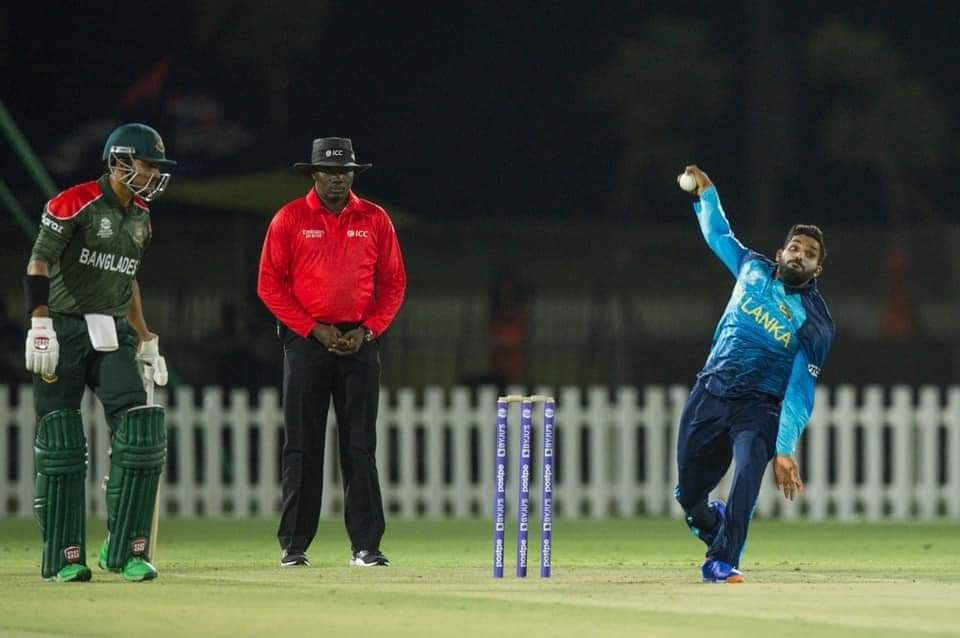 Sri Lanka's chase got off to a shaky start as they had the target of 148, with Taskin and Mahedi dismissing Kusal Janith (4 off 8) and Pethum Nissanka (15 off 12) respectively.

When the Lankans lost three more wickets and sank to 79 for six after 12 overs, Soumya bowled Dinesh Chandimal (13 off 15) and the Tigers took control of the game.

Fernando, who came in at number four, saw wickets fall on the other side but held his own during a tempestuous 42-ball 62 not out, while Chamika Karunaratne blazed away with an unbeaten 25-ball 29 as Sri Lanka cruised to victory with an over and four wickets to spare.

Earlier, after winning the toss and electing to bat first, the Tigers lost both openers Liton Das (14 off 12) and Mohammad Naim (14 off 12) inside the Powerplay.

Soumya's 26-ball 34, with two sixes and a four, helped the team reach 41 for 2 in six overs. Bangladesh were 109 for five as Mushfiqur Rahim's run-a-ball 13 and Afif Hossain's 11-ball 11 failed to offer a substantial platform and after Soumya went in the final delivery of the 15th over, Bangladesh were in trouble.

Dushmantha Chameera was the best bowler for the Lankans, taking three wickets for 27 runs in three overs. Nurul Hasan Sohan hit 15 off 14 and Shamim Hossain hit 5 off 8 before both fell to Dushmantha Chameera.

Bangladesh will play their second official practice game against Ireland on Thursday at the same venue.