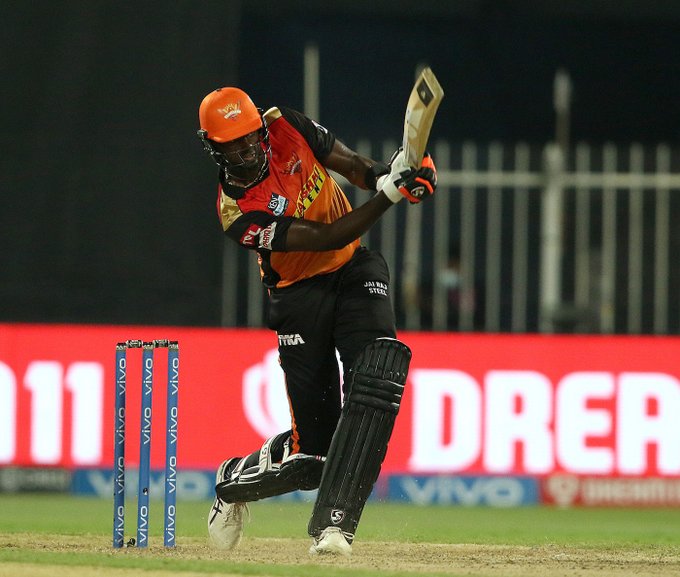 Punjab Kings beat Sunrisers Hyderabad by five runs in a thrilling second clash of the day that left Kane Williamson's Hyderabad rock bottom of the eight team table with just one win from nine games.

Punjab managed only 125 for seven with South African Aiden Markram hitting the top score of 27.

David Warner was dismissed for two and Williamson for one.

Holder hit 47 off 29 balls including five sixes. But needing a six off the last ball to force a super over, Holder was restricted to a single by IPL debutant Nathan Ellis.