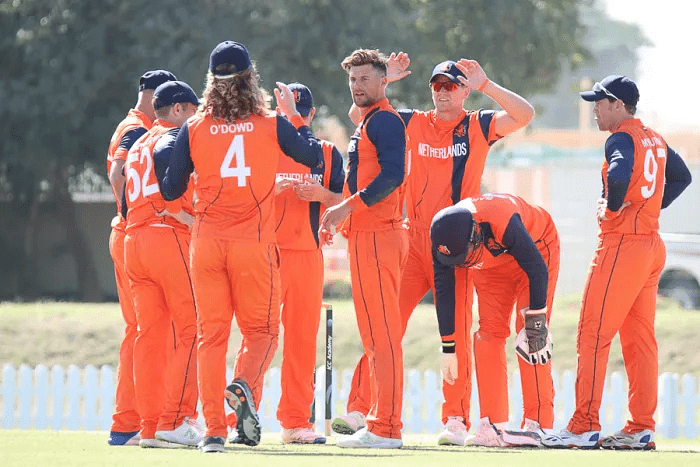 The Netherlands have announced their squad for the upcoming ICC T20 World Cup 2021 which will be held in the United Arab Emirates (UAE) and Oman starting from October 17.

The 41-year-old Ryan ten Doeschate has been named to the 15-member squad. Ten Doeschate was Netherlands' second-highest scorer as they defended their title in the T20 World Cup qualifiers in 2019.

The Netherlands have also included Ben Cooper, Stephan Myburgh and Roelof van der Merwe and could be among the teams at the World Cup whose players have had the most amount of recent cricket.

At least seven players have featured in English domestic cricket across formats this year, and fast bowler Paul van Meekeren is currently with St Kitts and Nevis Patriots after he became the first Dutch player to ever be drafted in the Caribbean Premier League.

The Netherlands will have to play the qualifying round in order to make it into the main round. The Dutch have been grouped with Sri Lanka, Ireland, and Namibia in Group A of the first round and will play their opening encounter against Ireland on October 18 at the Sheikh Zayed Stadium in Abu Dhabi.