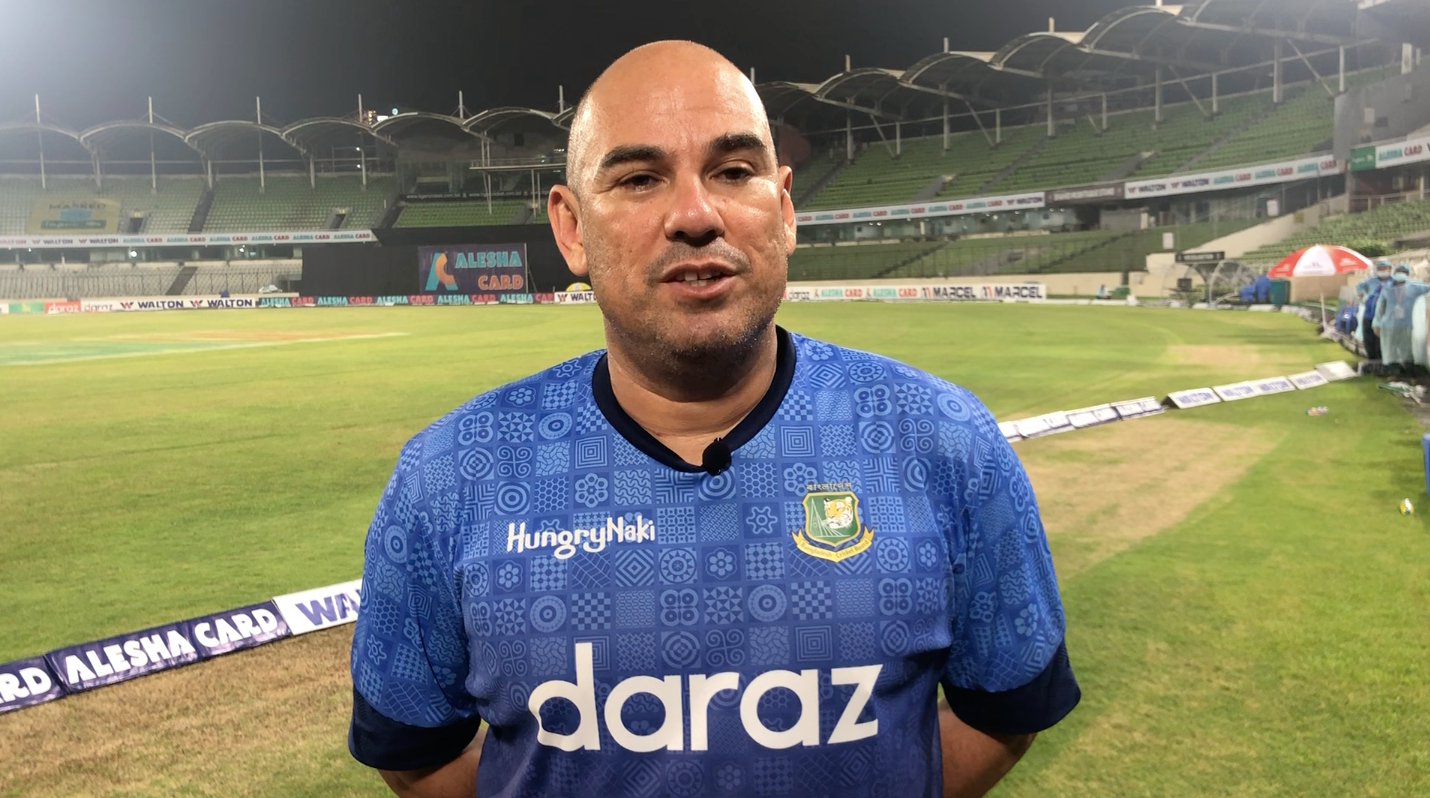 Bangladesh coach Russell Domingo believes the home team's setback occurred when they lost early wickets and the game swiftly developed into a full-fledged batting collapse in the third T20I at the Sher-e-Bangla National Stadium in Mirpur.

Bangladesh went from 23 for no loss in the third over to losing half their team for 43 runs in the tenth over before being bowled out for 76 in the 20th, was chasing 129 runs.

"I don't think there was a problem in approach in batting. We want to try to stay ahead of the run-rate. Once you are behind, it gets difficult to catch up. We want to start positively. Unfortunately we lost a few early wickets, and then we lost wickets in clusters. It is very difficult for the new batsman to come in and start knocking the ball around. It was probably the issue. We got off to a good start, 20 runs in two overs, but we lost four or five wickets in the next four or five overs. It set us back massively." Domingo said.

Domingo admitted that they expected the pitch to play as it did in the previous game, where Mahmudullah described it as improving in the second half of the match.

"[128] was probably par score. We were hoping it would skid on a little bit like it did the other night. The wicket didn't get better, probably got worse. But having been 20 from two overs, needing another 110, I am disappointed with the way the game finished," he said.

After only their third defeat in the last 11 T20Is since mid-July, Domingo was not going to strike out on his players.

"The boys have been fantastic. They have played a lot of cricket in the last couple of weeks. You expect in international level that you won't always have your intensity where it needs to be,”

"I can't fault the guys at the way they have gone about their business in the last two or three months. The energy has been great. The intensity with which they played has been fantastic," he added.