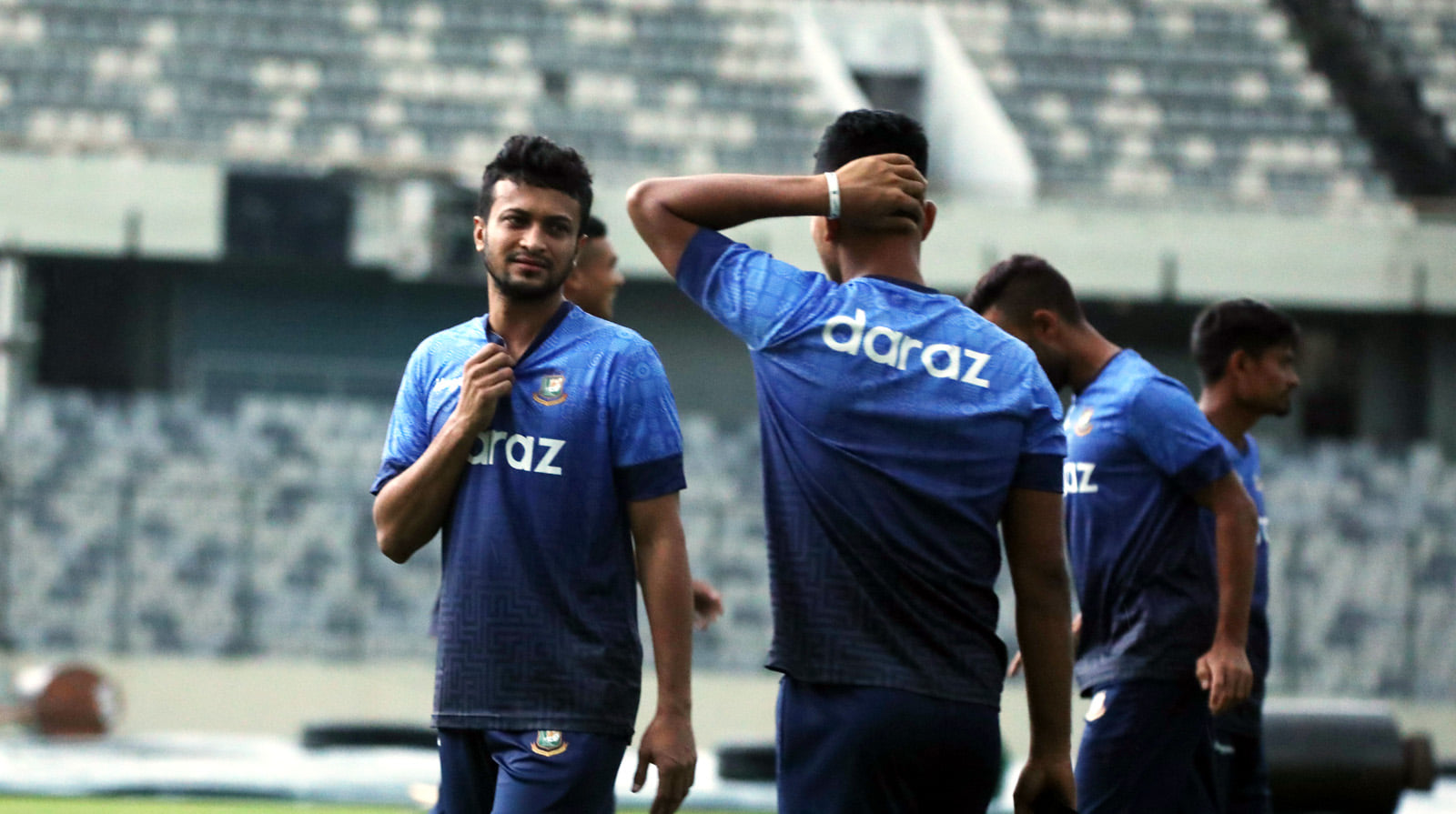 Bangladesh all-rounder Shakib Al Hasan has joined the practice with other members at the Mirpur Sher-e-Bangla National Stadium on Saturday [August 28].

Shakib returned to the country on the night of August 24 from the USA. He could not return to practice on the first day as the 72-hour quarantine was not over. As a result, he could not join the practice with the rest of the squad.

Meanwhile, the Tigers have got Mushfiqur Rahim, Liton Das and Aminul Islam Biplob back to the side after they had to opt-out from the Australia series citing various reasons.

In the recently ended series, Shakib scalped seven wickets and made 114 runs against the Aussies. He also became the man of the series.