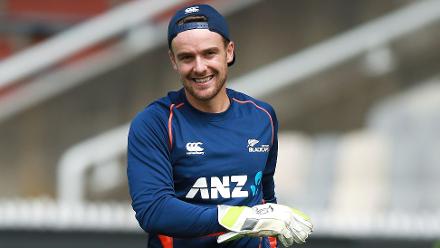 New Zealand wicket-keeper batsman Tom Blundell believes that Bangladesh is a challenging ground and there is no better place to push them to perform.

The Kiwis are expecting slow-turning wickets in their T20 series in Bangladesh, similar to those played by the hosts in their recent victory over Australia.

Bangladesh registered first-ever series win against the Australian 4-1 in the recently concluded series when the batsmen struggled on the low, slow pitches.

Blundell said he is enjoying the preparation and ready to take the tough challenges in the upcoming series. He also said if the Blackcaps can do well against Bangladesh, they can compete with any team.

“I think, if we look ahead us of this tour. It’s going to be tough. I enjoy the process of trying to prepare for a tour and trying to challenge myself. I think there is no better place than Bangladesh, especially to really challenge yourself, that if you can do well there then you can compete anywhere throughout the world. It’s going to fun,” said Blundell.

The Tigers will host the second-string Blackcaps, in five-match T20 series, starting from September as part of the team's preparation for the Twenty20 World Cup in the United Arab Emirates in October-November.

New Zealand and Bangladesh will play their games behind closed doors at the Sher-e-Bangla National Stadium on September 1, 3, 5, 8 and 10.