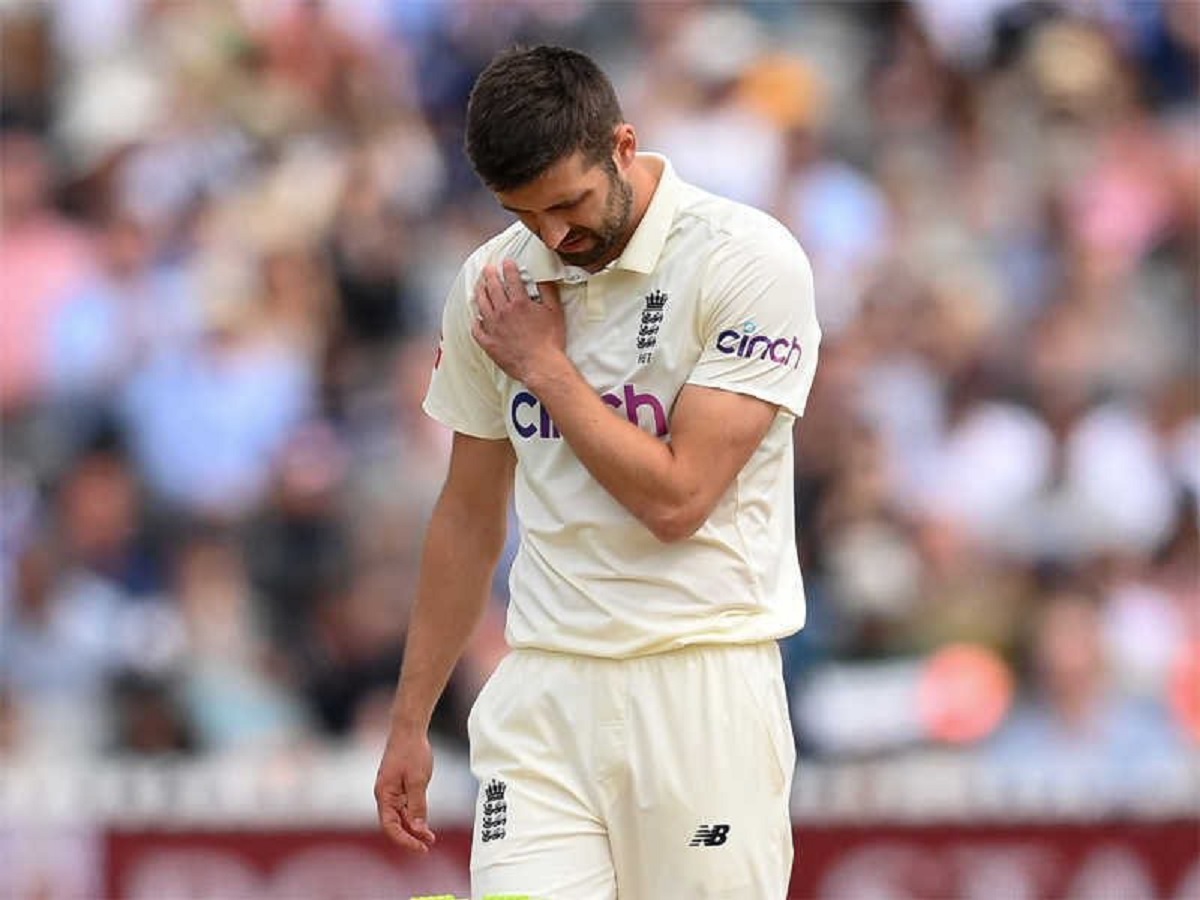 Mark Wood has been ruled out of this week's third Test with India dealing a blow to the hosts' hopes of levelling the five-match series which the tourists lead 1-0.

The 31-year-old has a jarred right shoulder, a result of diving headlong into an advertising hoarding when saving a boundary on the fourth evening of the second Test at Lord's.

Even though he bowled at speeds in excess of 93 mph (150 kph) on the last day of the second Test, which England lost, he has been judged not fit to take his place in the starting line-up for the game at Headingley, which gets underway on Wednesday.

"Mark Wood has been ruled out of the third Test against India with a jarred right shoulder," read an England and Wales Cricket Board statement on Monday.

"Wood sustained the injury on the fourth day of the second Test at Lord's and will not be fit to play at Headingley starting on Wednesday.

"He will remain with the squad in Leeds and will continue his rehab with the England medical team.

"The 31-year-old will be assessed at the end of this Test match."

The Durham paceman, whose career has been blighted by injuries, adds to the growing list of unavailable England seam bowlers.

Stuart Broad, Jofra Archer, Olly Stone and Chris Woakes are out due to injury whilst all-rounder Ben Stokes is unavailable owing to a mental health break.

Many felt Wood should have taken greater care in the field.

"It was madness," said former England batsman Geoffrey Boycott in his column for Britain's Daily Telegraph.

"Modern-day cricketers all dive athletically to save runs and the effort is commendable, but it is not worth the risk of injury to a leading bowler."

England go into the test against Virat Kohli's team bidding not only to level the series but end a run of seven Tests without a victory.