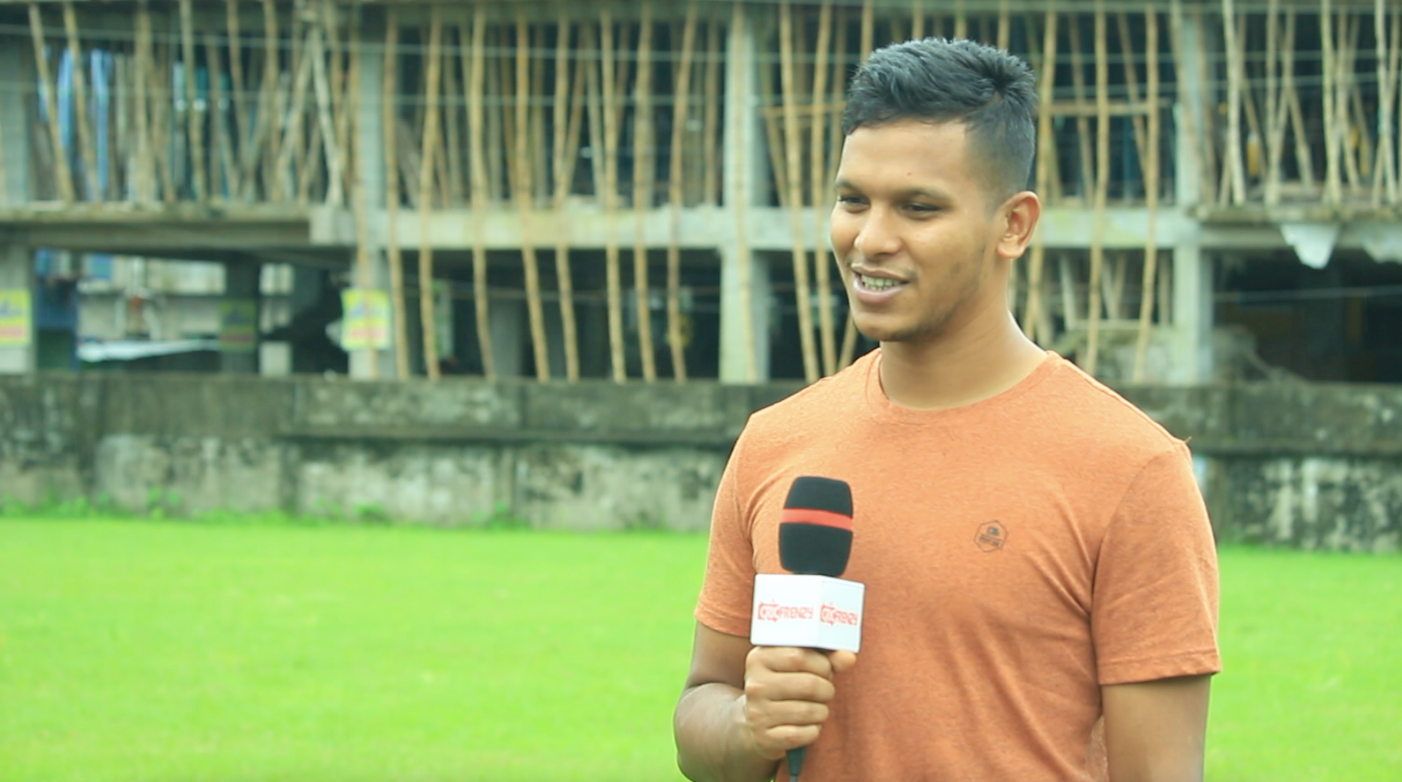 In the last few years, Mohammad Saifuddin has been a reliable pacer in the bowling unit along with Mustafizur Rahman in the ODIs and T20s.  However, the right-handed pacer has compromised many runs in several matches. The last two matches of the Zimbabwe series were also quite expensive.

Besides giving 87 runs in the third ODI, he gave 50 runs in 4 overs in the last T20.  Saifuddin is working to recover that.  Meanwhile, the right-handed pacer said bowlers become better when they concede runs.  With that, he claimed, he is becoming a better bowler after being an expensive bowler.

"In fact, it is normal for a child to fall while they are learning to walk.  I suffered a lot in the last tour of Zimbabwe (conceded runs in bowling).  In fact, it is the case with all bowlers.  No one can say with their hands on their chests that no bowler conceded run in their career," Saifuddin said in an exclusive interview with Cricfrenzy.

"The more I concede runs, the more I will think about how to bring variety, how to bring something more different.  I have given a lot of runs in the last ODI and T20 in Zimbabwe.  So thought about how to improve more skills, I tried in practice those things. Maybe I succeeded and maybe I will be beaten again,” he added during the interview in his home district Feni.

This year's T20 World Cup will be played on October 17 in Oman and the United Arab Emirates. Bangladesh will play in the main stage of the World Cup after passing the qualifying round. He said he would work more with bowling coach Ottis Gibson before the World Cup on the diversity of bowling.

“You have to improve yourself because if you want to play international cricket, you have to dominate. There are a lot of good batsmen here and on the other hand, since my bowling pace is like 130 (kph), it is much more challenging for me. I'm thinking about all of it. Consulting with coach Ottis Gibson regularly and will work more before World Cup,” he added.