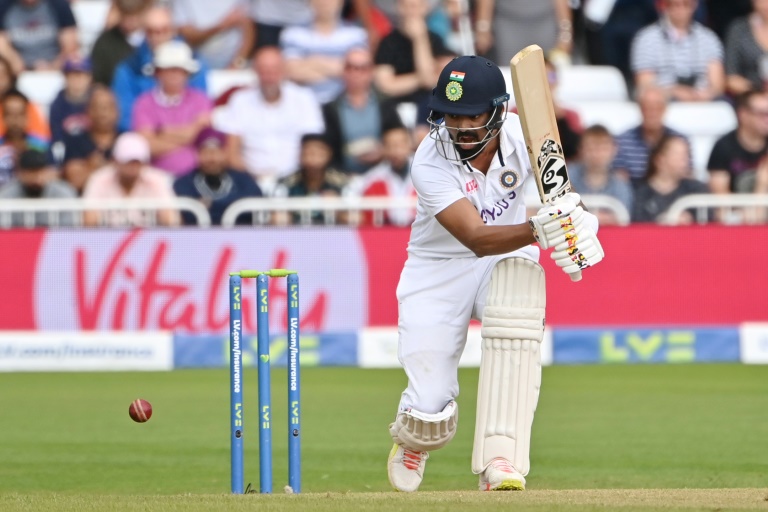 Rain had the final say as the first Test between England and India ended in a draw after the whole of Sunday's last day at Trent Bridge was washed out without a ball bowled.

-- India's KL Rahul only found himself playing in Nottingham after opener Mayank Agarwal was ruled out with suspected concussion having been hit on the head batting in the Trent Bridge nets just days before the game.

Yet in his first Test for nearly two years he responded with a composed 84 at the top of the order that helped India establish a first-innings lead of 95 runs.

"Having to play against the likes of (James) Anderson and (Stuart) Broad in these conditions is no batsman's dream," said Rahul. "But I love challenges. Having played here four years ago, there were a few things I learnt from that tour."

Had it not been for England captain Joe Root's innings of 64 and 109, his side might have been beaten in a match where more than two days' play was lost to bad weather.

The England skipper's 21st Test hundred came after he walked into bat at 46-2 -- the 14th time in 18 innings this year they had failed to reach 50 before losing their second wicket.

Test-match batting in England has become increasingly tough in recent years, with play under floodlights a fresh problem for top-orders having to deal with overcast conditions, a seam friendly Dukes ball and pitches that often assist fast bowlers.

But England, with star all-rounder Ben Stokes taking an indefinite break from cricket because of mental health issues, cannot expect to rely solely on Root for their runs.

Zak Crawley's form is a major concern, with the England batsman now averaging 11.14 from 14 Test innings since a superb 267 against Pakistan at Southampton last year.

"Ultimately you have to be a very strong character and I think Zak is certainly that," said Root of the 23-year-old.

"He is someone that's got great maturity at a young age."

One consolation for England at Trent Bridge was the performance of paceman Ollie Robinson.

Robinson had taken seven wickets on debut against New Zealand at Lord's in June only to be temporarily dropped from the team following the re-emergence of historic racist and sexist Twitter posts.

But he marked his England return with a maiden five-wicket Test haul during an innings where veteran paceman Broad went wicketless.

And with the likes of express quicks Jofra Archer and Olly Stone currently ruled out with injury, Root will hope he can to continue rely on the seamer.