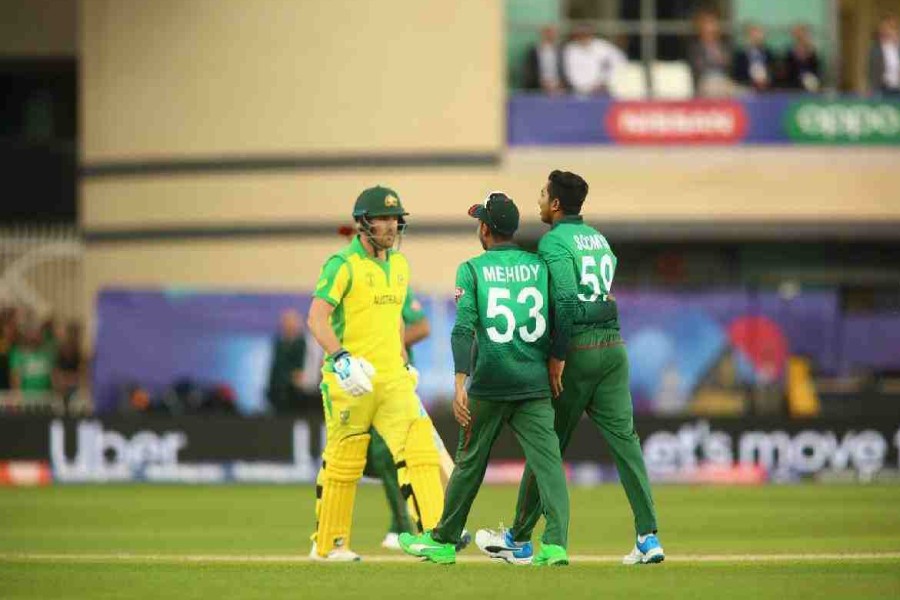 The Bangladesh Cricket Board is optimistic that the home T20I against Australia would proceed as planned. The Australian cricket squad is expected to arrive in Dhaka on Thursday for a five-match T20I series that will run from August 3 to 9.

Following Australia's tour of the West Indies, when the Covid-19 case was reported inside the bio-secured bubble, the series is regarded to be in peril.

A positive Covid-19 test Thursday resulted in the last-minute postponement of the scheduled second ODI between the West Indies and Australia at Kensington Oval, officials announced. Due to the Covid-19 regulations, the decision was made after the toss.

All members of the Australian and West Indies teams, as well as match officials, were placed in isolation and subjected to another round of Covid-19 testing.

BCB CEO Nizamuddin Chowdhury speaking to the media Friday said the board is not concerned over hosting Australia yet. “We [BCB] learned of the incident in West Indies through the media. But we are not aware of any news that Australia's tour of Bangladesh has become uncertain,” said Nizamuddin.

“We did not have any communication from Cricket Australia on the matter for which we are not aware of any uncertainty of them not coming to Bangladesh, given we had communication with Cricket Australia even Thursday. So there is no point to see the situation negatively rather be optimistic. If everything goes as per the plan, Australia team are scheduled to reach Dhaka on July 29,” the BCB official added.

The Covid-19 instance has been reported in the West Indies team, in a support staff, and has nothing to do with the Australian team, according to Nizamuddin.

“Both the teams will for sure have Covid-19 test now. There will absolutely be no issues if all members in Australia team returns negative in the test,” said Nizamuddin.