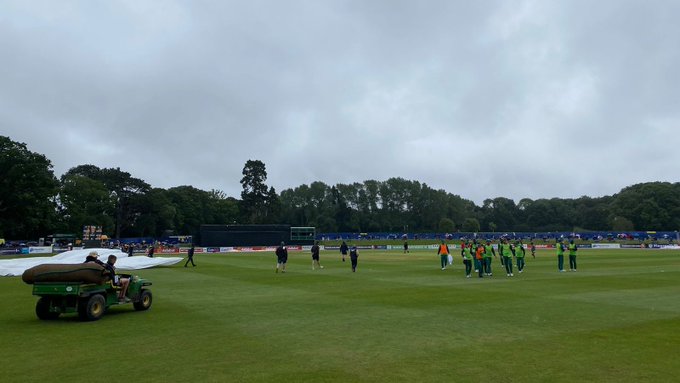 Rain led to the first one-day international between Ireland and South Africa at Malahide on Sunday being abandoned.

After a delayed start, the hosts were put into to bat and made 195 for two in 40.2 overs, with Andrew Balbirnie and William Porterfield scoring 65 and 63 respectively.

The conditions then did not allow for a reply from South Africa to get under way, with play abandoned at around 5.15pm.

Both sides took five points in the ICC Cricket World Cup Super League ahead of the second ODI on Tuesday. The third and final ODI takes place on Friday.