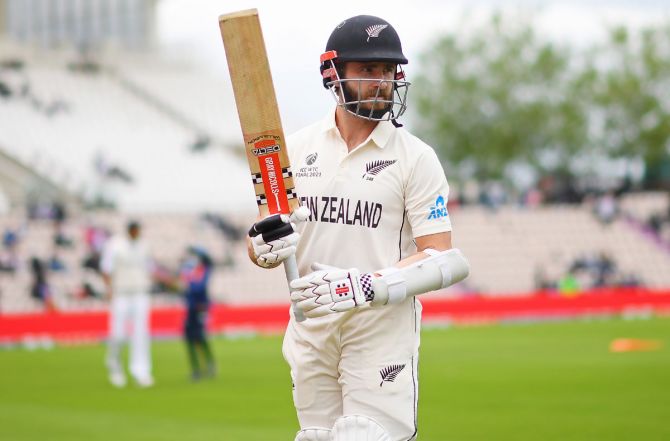 New Zealand captain Kane Williamson has reclaimed the No.1 position in the MRF Tyres ICC Men's Test Player Rankings after leading his side to the ICC World Test Championship title against India last week.

The 30-year-old scored 49, 52* in the final what was a rain-marred low-scoring match at Southampton. The two innings have helped the Kiwi collect 901 points that sees him 10 clear of second-placed Smith in rankings for top Test batters in men’s cricket.

Ross Taylor, who scored an unbeaten 47 and partnered in an unbroken 96-run stand with Williamson, has advanced three places to 14th position while left-hander Devon Conway has gained 18 slots to reach 42nd place after top-scoring with 52 in the first innings.

Among the Indians, India captain Virat Kohli, who scored 44 and 13 in the WTC final, stays fourth with 812 points, with Rohit Sharma sixth and Rishabh Pant a place below on seventh.

New Zealand bowlers Kyle Jamieson, who took a five-wicket haul in India’s first innings, has seen him reach a career-best 13th position. On the other hand, Trent Boult, who took five wickets in the contest, has jumped to 11th spot.

While Ravindra Jadeja who had become the number one all-rounder in Tests last week has also lost his spot to West Indies all-rounder Jason Holder. Jadeja has now dropped to the third spot, while England's Ben Stokes is now at the second place.

Tags: Kane Williamson,
Up Next