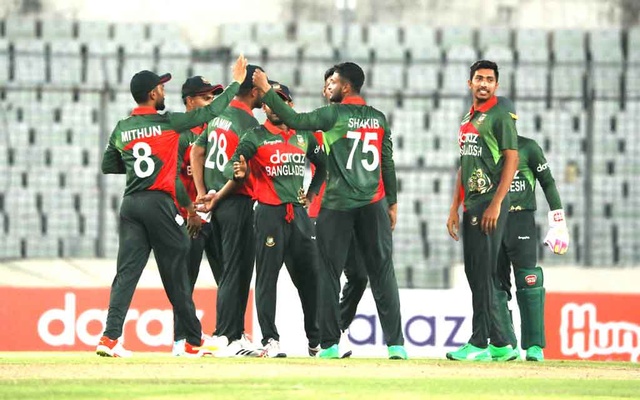 Bangladesh national cricket team will fly to Zimbabwe on Tuesday to play a full series as 17 members of the Test squad, in total 28 members with coaching staff gave samples for Covid test on Sunday. Everyone tested negative.

As per rule, two coronavirus test results must be negative before going to Zimbabwe. That’s why the first time on 25th June and the second time on 27th June members were examined.

Bangladesh Cricket Board (BCB) chief doctor Debashish Chowdhury confirmed the matter to Cricfrenzy. "For the tour of Zimbabwe, we have tested corona of 17 members of the Test squad and the coaching staff.They all came negative.”

As far as is known, cricketers are going to Zimbabwe in 3 steps as there are no major restrictions on quarantine. In the first stage, 18 members of the Test squad will go. Although 17 people are already in the country, Shakib Al Hasan will join the team directly in Africa from USA. Then go to Zimbabwe.

On July 3-4, Bangladesh will play a two-day practice match, followed by the lone Test on July 7. The tourists will play a 50-over warm-up game on July 14 before of the ODI series.

Bangladesh team set to leave for Zimbabwe on Tuesday night.