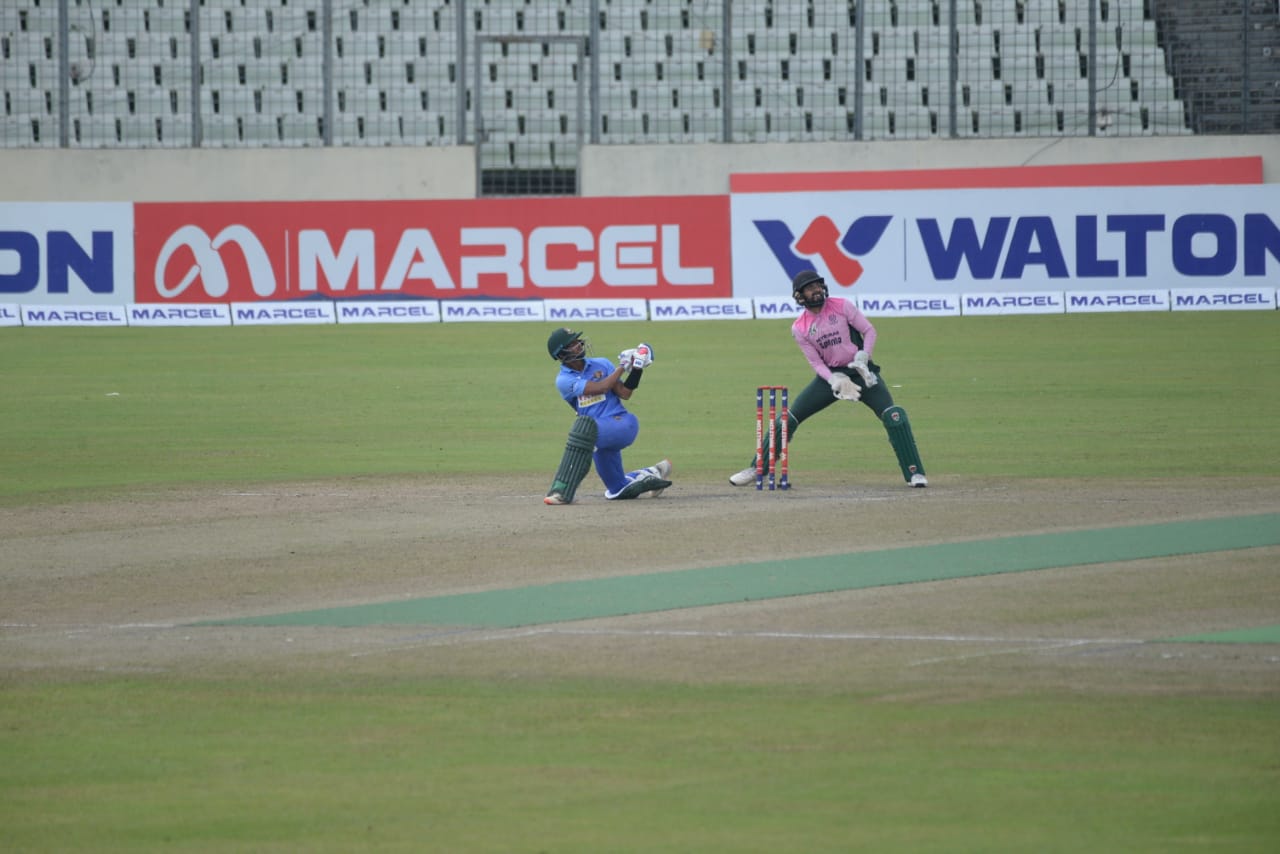 Swashbuckling Mahedi Hasan’s 92 helped Gazi to chase down the target 166 runs set by MSC with three wickets and three balls in hand.

Soumya Sarkar and Mahedi got off to a good start as they produced 41 run partnerships. However, Soumya (22) was dismissed by Shuvagata Hom. Gazi started to lost wickets on a regular basis, Mominul Haque (8), Mahmudullah (8), and Yasir Ali (11) were dismissed playing short innings.

Gazi lost five batsmen within 100 runs but Mahedi managed to extend his innings to 92 runs off 58 balls, hitting 11 fours and three sixes. He fell prey to Yeasin Arafat through lbw, and then Akbar Ali (11) closed the innings with the winning run.

Asif Hasan bagged three wickets and Shuvagata picked up a couple of wickets for Mohammedan.

While batting first, Mohammedan scored 165 runs in 20 overs, losing six wickets. The openers, Parvez Hossain Emon (41) and Abdul Mazid (10) made a solid start to their innings, putting 40-run for the opening stand.

Mohammedan lost wickets at regular intervals after the wicket of Mazid, who scored 10 runs. Then Emon was also returned on 41 runs off 32 balls, the duo was castled by Mahedi Hasan.

Irfan Sukkur played a knock of 28 runs off 22 balls, while the skipper Shuvagata smashed a half-century, he was unbeaten on 59 runs off 31 balls aided by four boundaries and three sixes.