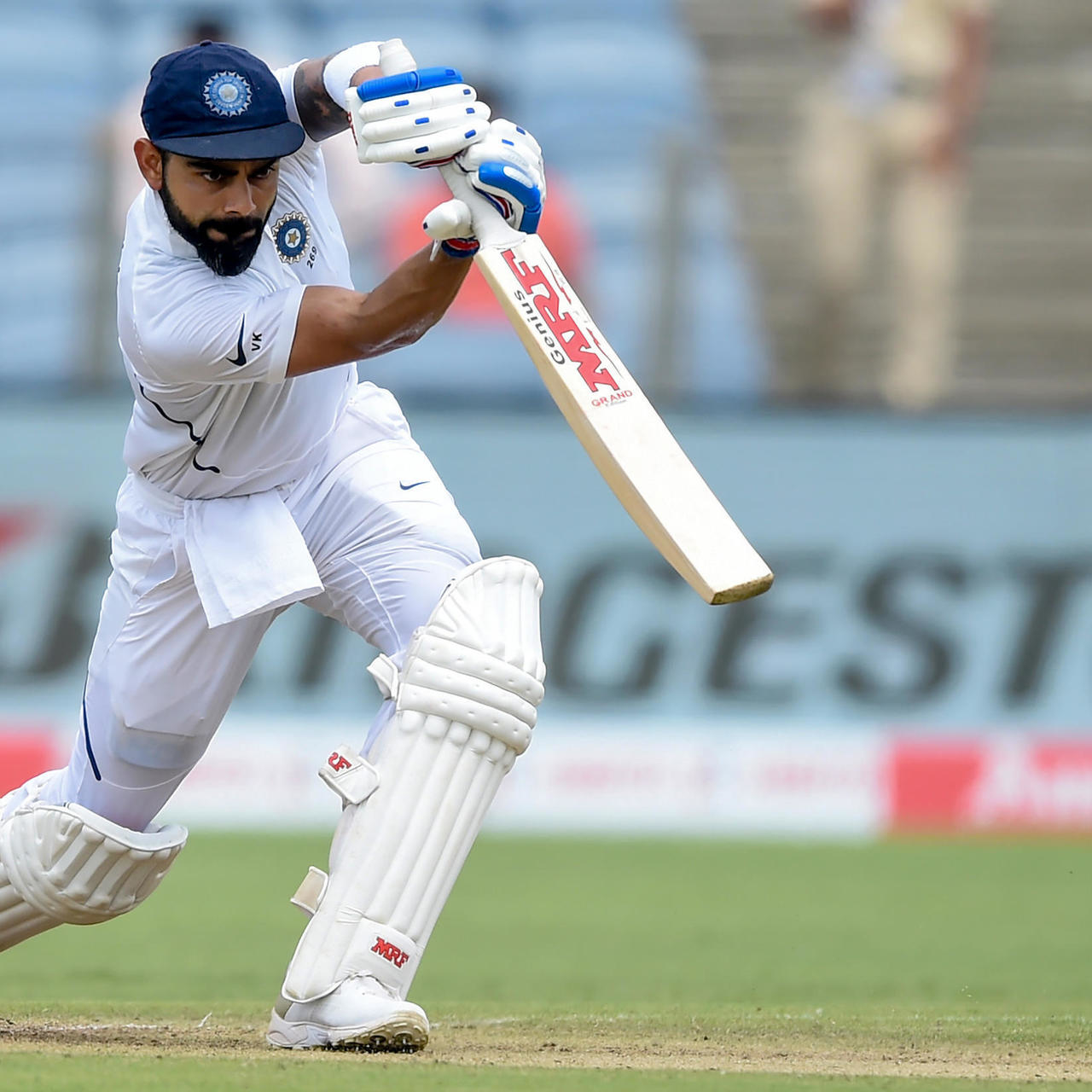 Virat Kohli has questioned whether the winners of the inaugural World Test Championship final between India and New Zealand can truly be considered the best international side.

A two-year process designed to crown a Test champion and give fresh impetus to the oldest international format culminates in a five-day match starting in Southampton on Friday that is worth $1.6 million to the winning team.

New Zealand and India are the top two teams in the Test rankings but Kohli said on Thursday that a one-off game would not give a definitive answer as to who was the best.

"If you're talking about Test cricket and deciding who is the best team in the world on one game over a period of five days, that is not the reality of the truth," he said.

"It is not going to reflect anything for people who really understand the game and who know exactly what has gone on over the last four or five years and how the teams have fared."

"For me, this is another Test match that has to be played."

Kohli, however, said the new structure represented an advance for Test cricket at a time when many fear for its future.

"For me it has been a very positive step in the right direction. You know that every series you are playing and competing for something.

India, beaten 2-0 in New Zealand last year, have not been in action since March while the Black Caps head into the final after a 1-0 series win over England, which they wrapped up on Sunday at Edgbaston.

But Kohli said the resilience India had shown in coming from behind to win a series in Australia earlier this year would serve them well in the match on the south coast of England.

"This is a hard grind over five days, something that we take a lot pride in and a great example of what you saw in Australia, when the younger lot of our players stood up against a very experienced and strong Australian side and beat them in their backyard."

Kohli dismissed suggestions that India, representing a population of 1.3 billion in cricket's economic powerhouse nation, were up against "nice guys" in New Zealand, a team from a country of around five million.

"I really don't understand this term that was just used -- I don't think any other team has 'bad guys' in their team," he said.

"We get along very well off the field but when you step across the line, it's business at the end of the day and you need to deal with it accordingly."

New Zealand captain Kane Williamson, who declared himself fully fit after missing his side's triumph in the second Test against England to rest an elbow injury, was more upbeat than Kohli about the final.

"We're playing the best team in the world," he said. "It's a really exciting occasion.

"It's a one-off and in cricket anything can happen. It will be widely followed and fans from more than just New Zealand and India are excited to watch it unfold.

"We're just fortunate to be involved in it."

India named their side a day early, despite the threat of rain on Friday, with Mohammed Siraj and Hanuma Vihari omitted, while New Zealand will make a decision nearer the toss.

Tags: World Test Championship,
Up Next