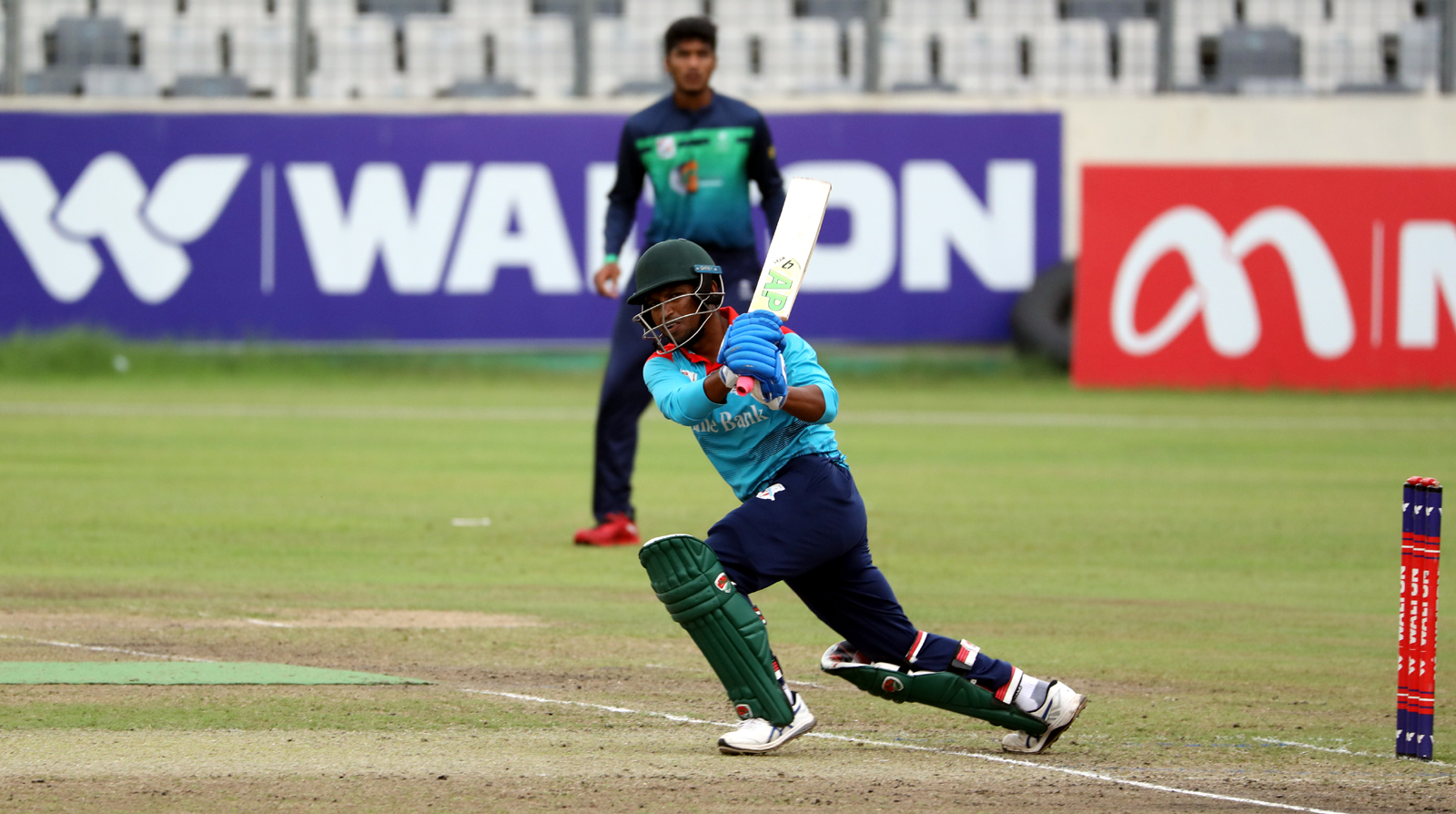 Due to rain, the match was reduced to 10 overs. Swashbuckling Rony Talukder’s 39 off 19 balls steered the side to chase down a small target of 74 runs losing 5 wickets with five balls in hand. Tamim Iqbal could not shine with the bat as the opener managed to score nine runs only.

Anamul Haque scored 17 off 16 balls with one four and a six, he was castled by Ifran Hossain caught by Rishad Hossain. Ifran bagged two wickets and Masum Khan took one wicket for Khelaghar.

Earlier, Khelaghar scored 68 runs losing 5 wickets in ten overs while batting first. There were no impressive innings only Shahriar Komol played an unbeaten inning of 31 runs off 25 balls with four boundaries and one six.

Mehidy Hasan Miraz departed for naught by Nahidul Islam, Rafsan Al Mahamud scored 10 runs, then no other batsman could settle down to play big innings.

For Prime Bank, Nahidul Islam took a couple of wickets and Monir Hossain got one wicket. Rony was adjudged the man of the match.