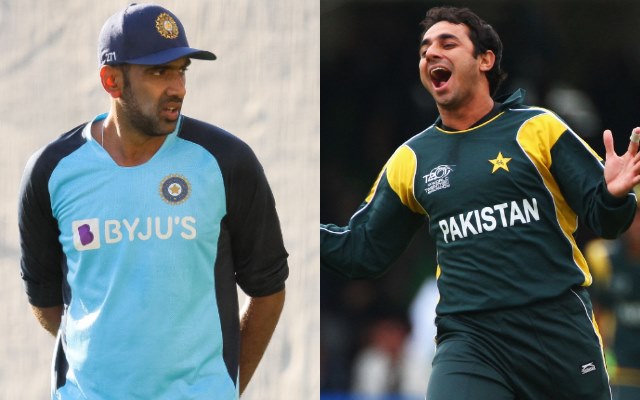 Former Pakistan spinner Saeed Ajmal, who has been banned by the ICC multiple times for his bowling action, has claimed that Ravichandran Ashwin was kept away from punishment despite similar allegations.

Ajamal also said that Ashwin was kept away from international cricket for six months so that the International Cricket Council (ICC) would not ban him for suspect bowling action and he work on correcting it.

In a Youtube interview with Cricwick, he said, “You changed all these rules and regulations without asking anyone,” Ajmal told Cricwick. “I was playing cricket for the last eight years. All those rules were for me. That’s it. During that period, Ashwin was out from cricket for six months. Why is that? So you can work on him and your bowler doesn’t get banned. They don’t care if a Pakistan bowler gets banned. They only care about money.”

This isn’t the first time Ajmal has lashed out at the governing body. Last year, in a YouTube video, he suggested that the ICC had made him a scapegoat.

“The test in 2009 and 2014 was the same but the only difference was they had removed the medical conditions which they considered in 2009,” he said. “When Muralitharan left cricket then ICC thought there is this guy Saeed Ajmal and he is from Pakistan and they can’t do anything against our decision.”

There have been reports that Ajmal is perplexed by the differences between his two tests. According to ESPNcricinfo, Ajmal was allowed to bowl again in 2009 because his elbow only straightened by eight degrees, despite having a 23.5 degree bend when bowling. It was discovered in 2014 that all of his deliveries exceeded the allowed maximum of straightening, which is 15 degrees. He was one of at least six bowlers cited around 2014.