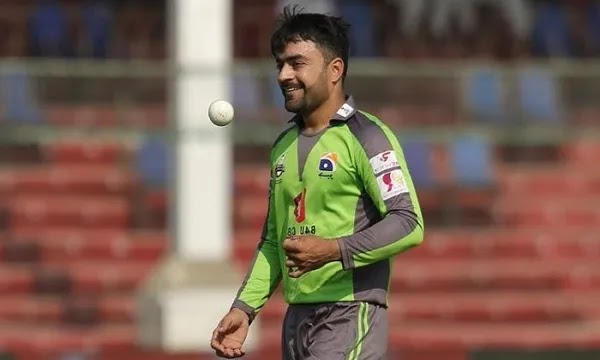 Afghanistan and Lahore Qalandar leg-spinner Rashid Khan, has put his Sussex county contract on hold to join the Lahore Qalandars for the remaining PSL matches.

While speaking in a virtual press conference, Rashid appreciated Sussex for understanding his decision to opt for PSL.

"Unfortunately, I only played two games in PSL 6 and had to go away for national duty. Now I had the option to stay back in England and here I must appreciate Sussex for their help and understanding as I had to decide between missing five games with the county or playing a whole tournament like PSL which seemed like a better option, especially as the fans wanted me to play in the PSL," said Rashid.

Rashid Khan feels that participating in PSL will benefit Afghanistan players and will improve relations between the national boards of both Afghanistan and Pakistan.

“All the players who have come from Afghanistan and are playing the PSL, this is a great opportunity for them to come and play alongside top players and to improve their cricket. For all those Afghan youngsters who have not got an opportunity to play in other leagues, this is a great chance to prove that they have the skills and talent to play in top level cricket,” he said.

"Playing cricket between two countries will increase the love and respect between players of both sides; Sports is all about bringing unity between countries," he added.

The star player was set to join Sussex Sharks in the Vitality Blast after the conclusion of the PSL’s 6th edition, which is set to resume in Abu Dhabi from 9 June.

Tags: Rashid Khan, PSL
Up Next