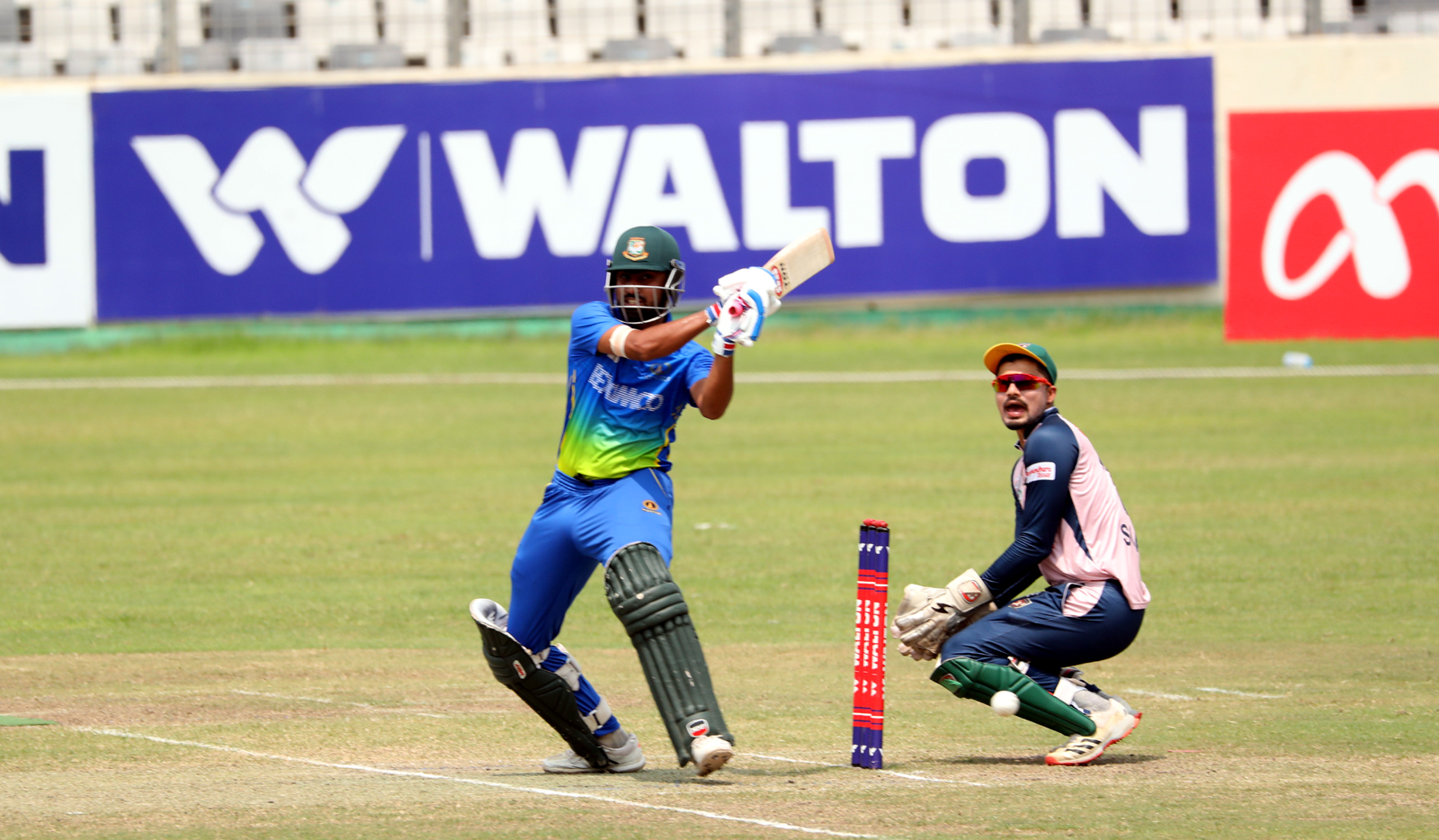 In response to Shinepukur’s 138 run target, the opposition were bundled up on 127 by the bowlers. Mohammad Ashraful (4) took early exit as he fell prey to Hasan Murad, while another opener Shykat Ali returned on 9 runs.

All-rounder Nasir Hossain (28) and Elias Sunny (30) resisted the bowlers for some time. The 58-run stand came to an end as Nasir was sent off by Iftekhar Sajjad. Then captain Nurul Hasan (1) , Tanbir Hayder (0) and Sunny returned at regular basis.

After their departure only Sohrawordi Shuvo (15) and Mohammad Enamul (19) could cross the double figure. Tanvir Islam bagged three wicket for the side he was also adjudged the man of the match. Murad took a couple of wicket besides Sumon Khan and Iftekhar got one wicket each.

Earlier, Shinepukur won the toss and elected to bat first, they have scored 137 runs losing five wickets. The opener Sabbir Hossain (20) and Tanzid Hasan (34) made a decent start on the slow pitch and prepared a 54-run stand.

Then, skipper Towhid Hridoy scored 28 runs, who was castled by pacer Ebadot Hossain. At the end of the innings Robiul Islam Robi remained not out on 34 runs. Ebadot and Ziaur Rahman took a couple of wickets and Mohammad Enamul bagged one wicket.