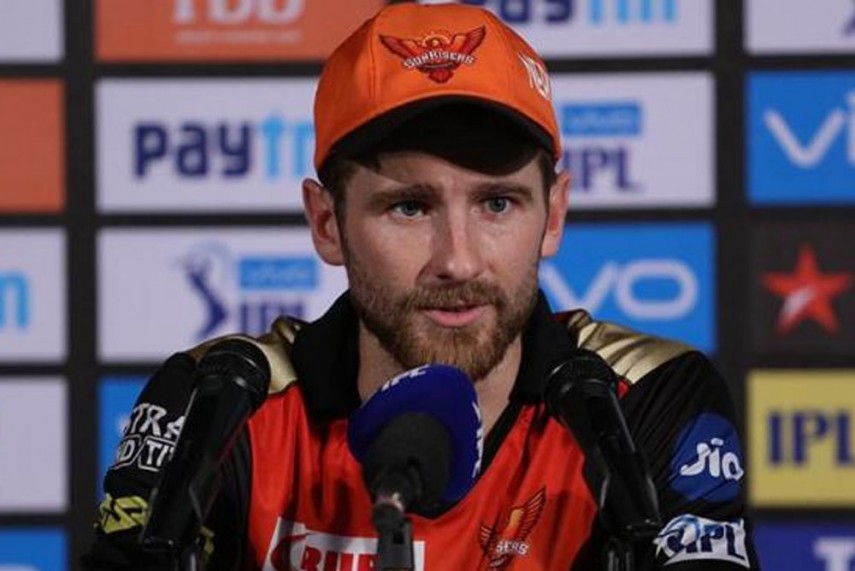 Sunrisers Hyderabad's new captain Kane Williamson said "all cards are on the table" when asked if former skipper David Warner could regain his place in the Indian Premier League franchise's XI.

Just a day after the Sunrisers announced that Australia opener Warner had been replaced as captain by New Zealand skipper Williamson, the left-handed opener was left out of their XI against Rajasthan Royals on Sunday.

His absence made little difference as the bottom of the table Sunrisers suffered another defeat, Rajasthan winning by 55 runs.

Under Warner's leadership they had suffered five defeats in six matches.

Tom Moody, the Sunrisers' director of cricket, told Star Sports before Sunday's match: "We had to make a hard call and someone had to miss out, and unfortunately for Davey, this time it's him.

"He was obviously shocked and disappointed. And we'd be disappointed if he wasn't feeling that way."

The former Australia all-rounder added: "But he has come to terms with the logic behind what we are trying to achieve from a team's perspective and has been terrific since. He has rallied around the team and, more importantly, the team has rallied around him."

Warner led the Sunrisers to their maiden IPL title in 2016, but lost the captaincy after his role in Australia's infamous ball-tampering scandal in South Africa in 2018.

This season the 34-year-old left-hander has two fifties from six innings, but he has come under fire for a relatively low strike rate of 110.28.

Warner himself rued his slow batting in the Sunrisers' previous match against Chennai Super Kings and took "full responsibility" for the defeat.

Sunday was the first time he had been dropped from an IPL fixture on form grounds.

Former England captain Nasser Hussain told Star Sports: "It is a big decision because (Warner) is Mr Sunrisers. He has been a huge reason why SRH have had so much success over the years.

"He is out of form this season. He may be the second-highest run-getter, but batting at the top with a strike rate of 110, he himself admitted in that last game that he cost them the game."

But Williamson, asked after Sunday's match about Warner's prospects of returning to the team, said "all cards are on the table".

Tags: IPL, Kane Williamson,
Up Next