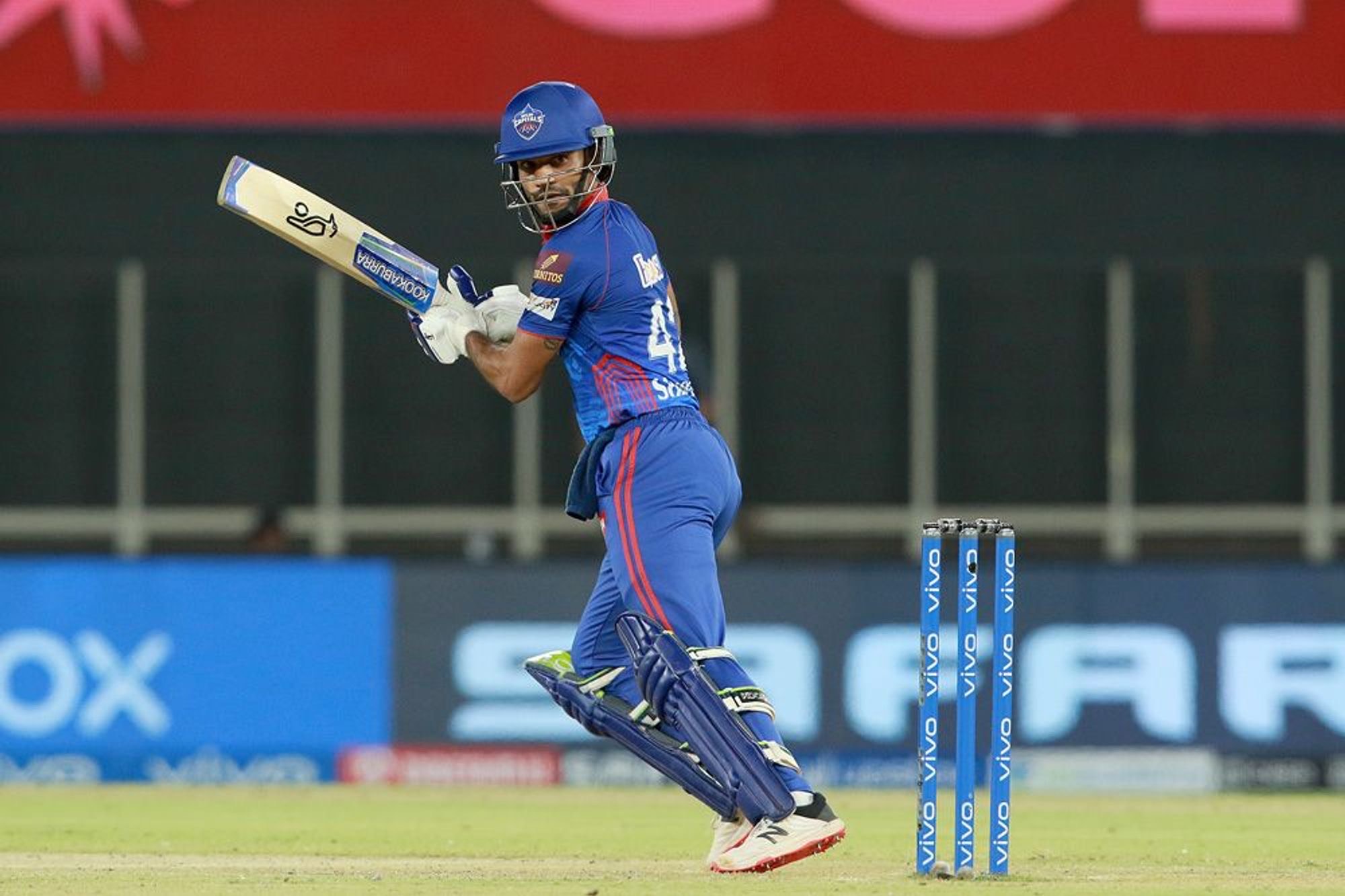 Delhi Capitals climbed to the top of the Indian Premier League with a seven-wicket win over Punjab Kings on Sunday.

Victory took 2020 runners-up Delhi two points above Chennai Super Kings, who have a game in hand.

Punjab suffered a setback before the match when captain KL Rahul was hospitalised with acute appendicitis.

Stand-in captain Mayank Agarwal did his best to cover the loss of his fellow India batsman, and this season's leading run-scorer in the IPL, with an unbeaten 99.

But wickets fell around him as Punjab were held to a total of 166-6, with South Africa fast bowler Kagiso Rabada taking 3-36.

Agarwal went into the 90s in the last over, a four and a six off the penultimate two deliveries from Avesh Khan saw him to 95.

Needing six off the last ball for his hundred, the opener could only manage a straight-driven four along the turf.

India batsman Shikhar Dhawan's 69 not out guided Delhi to 167-3 as they won with 14 balls to spare.