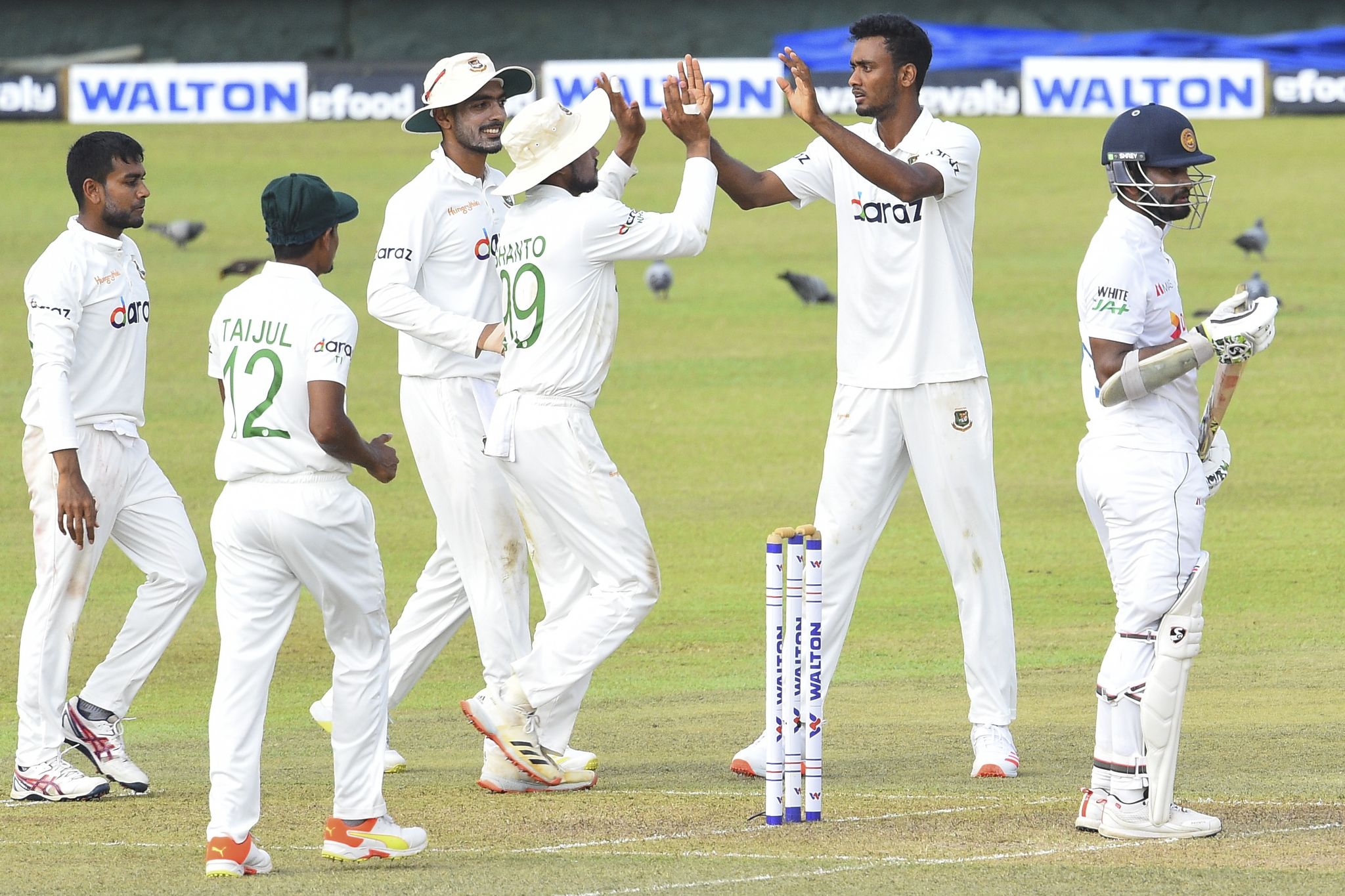 Sri Lanka have posted 291 runs losing one wicket at stumps on day one during the second Test against Bangladesh at the Pallekele Stadium, Kandy.

Century from Lahiru Thirimanne and skipper Dimuth Karunaratne propelled Sri Lanka to reach a strong position at the end of the opening day.

Dimuth was dropped on 28 runs by Najmul Hossain Shanto off the bowling of Taskin Ahmed during the 20th over. However, debutant pacer Shoriful Islam got the breakthrough after lunch when he returned Dimuth on 118 runs.

After Dimuth’s departure another opening batsman Lahiru completed his hundred with Oshada Fernando on the other side. Lahiru scored 131 runs off 253 balls with 14 boundaries. Oshada remained unbeaten on 40.

Bangladesh made one change in the squad as uncapped Shoriful Islam got a chance in the XI in place of Ebadot Hossain. Sri Lanka have replaced Wanindu Hasaranga, and injured Lahiru Kumara, for offspin-bowling all-rounder Ramesh Mendis and Praveen Jayawickrama.

In the first Test the batsmen of both the teams dominated the field, as a result the match was drawn between the two teams.