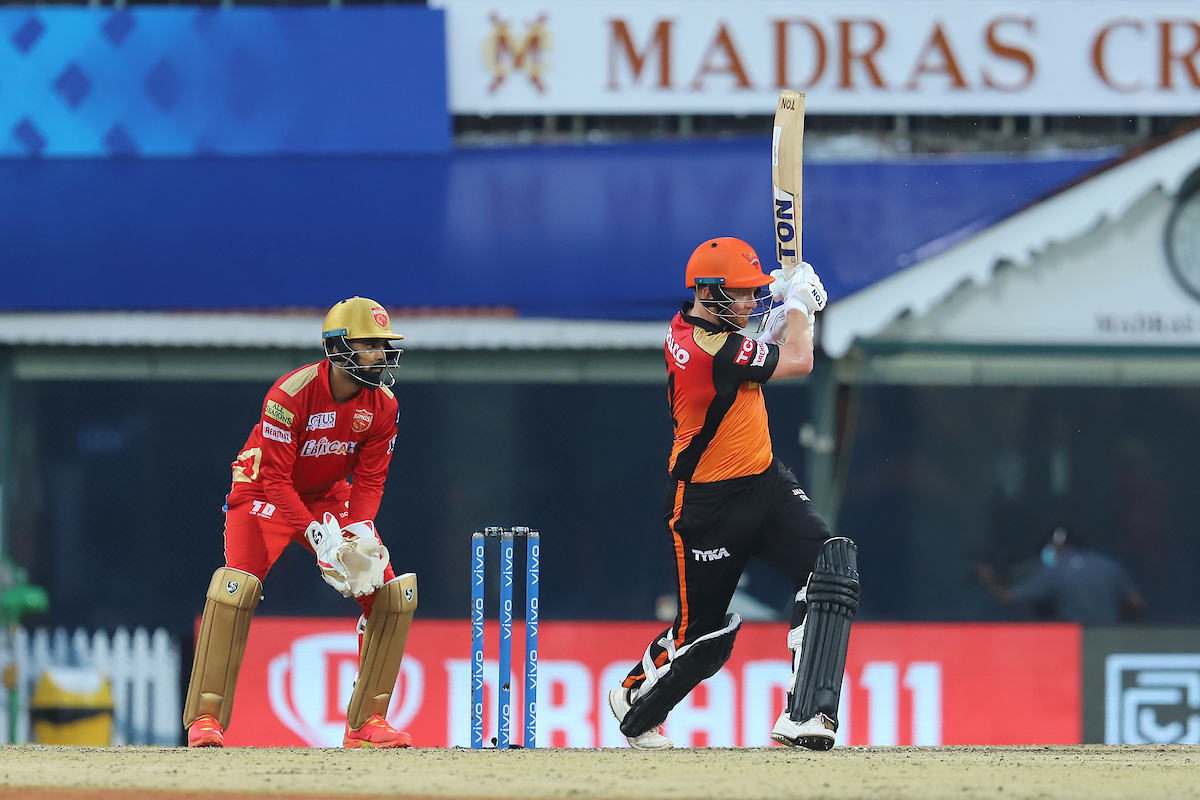 Sunrisers Hyderabad (SRH) registered their first win in the season against Punjab Kings (PBKS) at Chepauk.

Both the teams made changes where PBKS won the toss and elected to bat first. They added Fabian Allen, Moises Henriques and Murugan Ashwin in place of Riley Meredith, Jhye Richardson, and Jalaj Saxena. On the other hand, SRH added Kedar Jadhav in place of Manish Pandey in the playing eleven. The other changes are - Kane Williamson in place of Mujeeb ur Rahman and Siddharth Kaul for Abdul Samad as well.

Abhishek Sharma (2-24) opened the innings for SRH and struck well but Rashid Khan (1-17) dropped a catch at deep midwicket which gave Agarwal (22) life as well. Soon, KL Rahul (4) got out in Bhuvneshwar Kumar's (1-16) second over.

However, PBKS managed only 32 runs in the powerplay where both Mayank Agarwal and Chris Gayle (15) struggled to get going. They lost their plot in the middle altogether after the end of the powerplay.

Khaleel Ahmed (3-21) then dismissed Mayank Agarwal. And, spinners once again did their work where a direct hit removed Pooran and then Chris Gayle too. Meanwhile, Deepak Hooda (13) and Moises Henriques (14) then took PBKS near to the three-figure mark before Abhishek Sharma picked up both the wickets. Although Shahrukh Khan (22) struck a couple of maximums to take the total to 120, Khaleel Ahmed and Siddharth Kaul (1-27) removed the tail with ease.

While chasing, it was again David Warner (37) and Jonny Bairstow (63) who led the winning foundation of their team. The dangerous opening duo added 50 runs in the powerplay as well. However, the opening partnership of 73 was finally broken in the eleventh over by Fabian Allen. Kane Williamson (16) came to bat at No.3 and they slowly reached the target.

Meanwhile, Bairstow brought up his fifty in 48 deliveries and they convincingly finished the chase off in the penultimate over and SRH registered their first win in the competition as well.