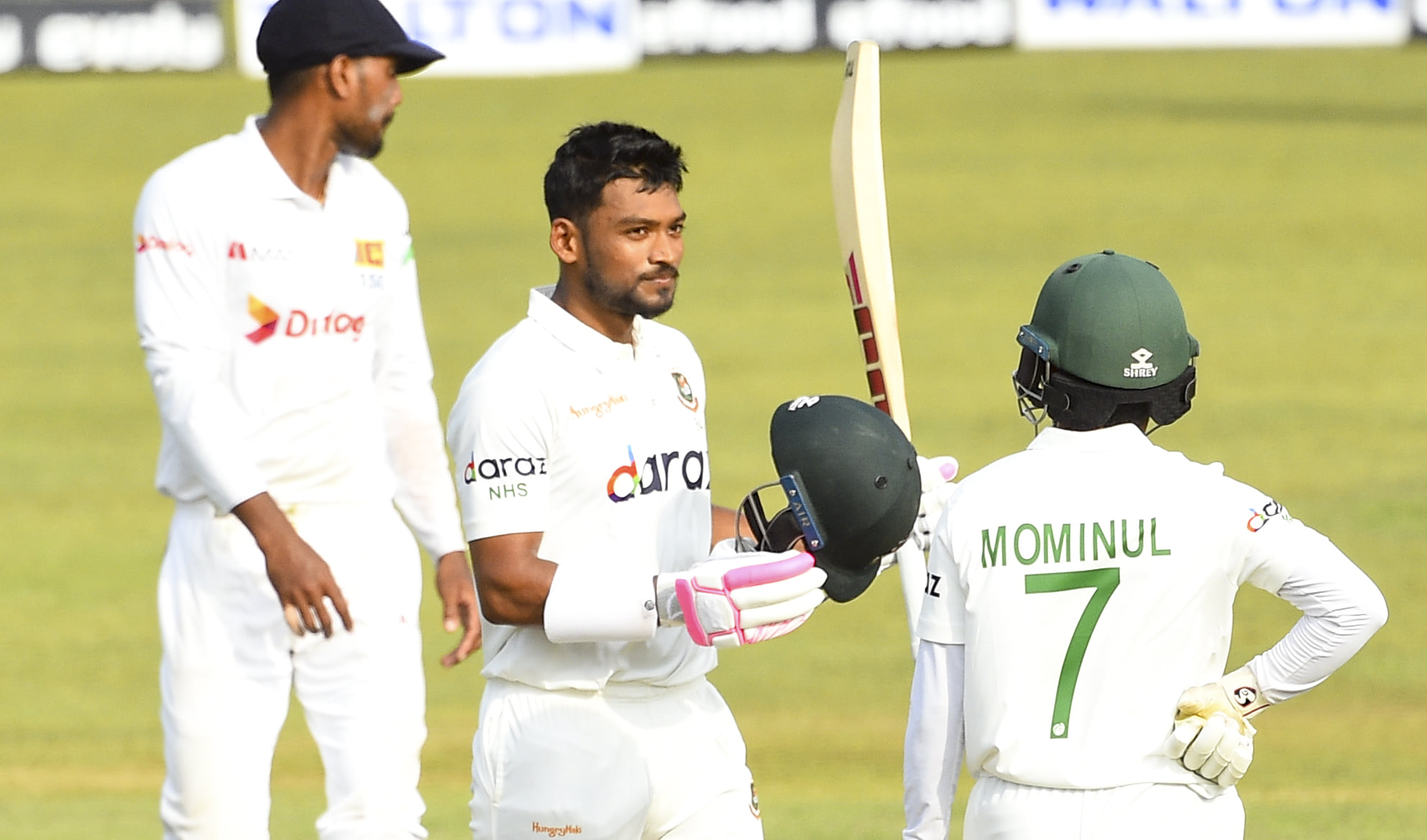 The maiden ton by Najmul Hossain Shanto steered Bangladesh’s innings to 302 runs for 2 wickets at stumps on day one against Sri Lanka during the first Test at Pallekele International Cricket Stadium, Kandy.

After 90 overs, Bangladesh captain Mominul Haque (64) and Najmul Hossain Shanto (126) remained unbeaten on the crease. They made a partnership of 150 runs at the end of the day. Shanto hit his maiden ton in Test cricket with Mominul hitting a half-century on the other side.

Opener Tamim Iqbal and Shanto struck 144 run partnership which propelled the side to overcome the early push. However, Tamim had to return for 90 runs off 101 balls with 15 boundaries just before Shanto completed his half-century.

Earlier, Opener Saif Hassan returned for naught in the second over after skipper Mominul won the toss and elected to bat. Left-arm fast bowler Vishwa Fernando got the wicket through lbw.