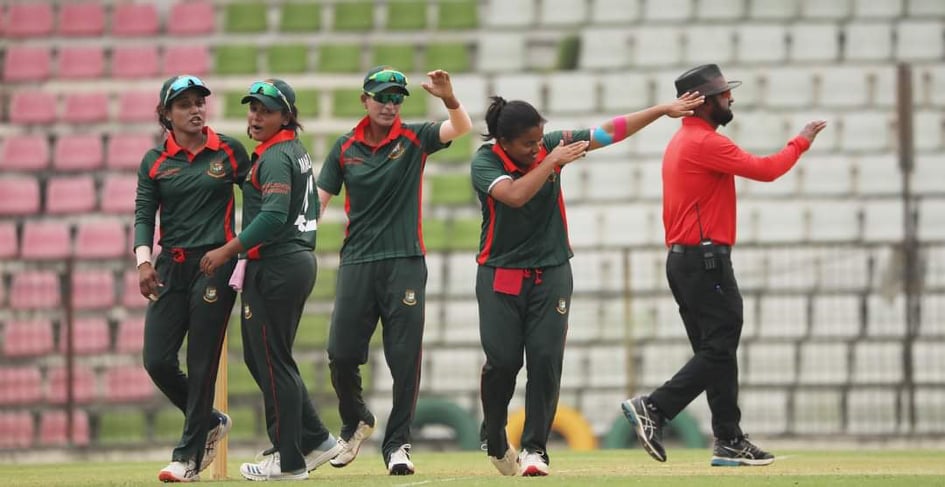 South Africa had no option to win the match to save the series. The visitors opted to bat first and set a small target of 93 runs for Bangladesh. The highest 30 runs came from the bat of Aneke Bosch. Ritu Moni, Nahida Akhtar and Rabia took three wickets each for Bangladesh.

However, the host did not have a good start while chasing the easy target. Wicketkeeper-batsman Shamima Sultana returned with just 3 runs, Captain Nigar Sultana who scored a century in the last match failed to make a big run on this day.

However, opener Murshida Khatun propelled the team to a good position. She returned with scoring 46 runs and missed the half-century for 4 runs.

Later, Rumana Ahmed and Lata Mandal confirmed the series with two matches in hand. Four bowlers took one wicket each for the Proteas women. The two teams will face each other in the last two matches of the series on April 11 and 13.