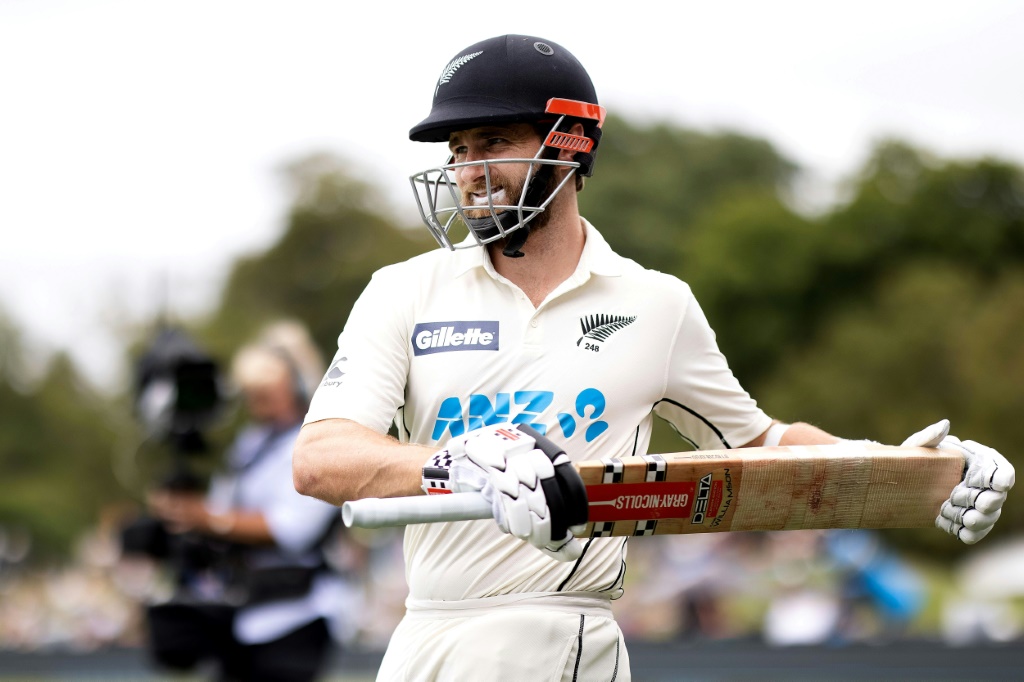 New Zealand named a squad of 20 players on Thursday for their upcoming tour of England including three uncapped players but with a question mark over the talismanic Kane Williamson and Trent Boult.

The pair are expected to again be involved in the Indian Premier League play-offs -- Williamson with the Sunrisers Hyderabad and Boult with the Mumbai Indians -- in the last week of May with the first Test against England starting at Lord's on June 2.

But they will be back with the Black Caps squad by the time it is pared down to 15 for the World Test Championship final at Southampton on June 18.

Williamson said it was a frustrating situation but if he missed the first Test he hoped to rejoin the Blacks Caps before the second Test.

"As soon as your team is no longer in (the IPL), whenever that is, it will be a quick trip across and prepare for the Test match that as soon as possible you can be available for," he told the Stuff website.

Conway has tasted international experience in recent months, averaging 75 from three one-day internationals and 59.12 in 14 Twenty20 matches and coach Gary Stead sees a big future for the South African-born batsman.

"He's got all the skills of being an amazing player," the coach said.

"We're really fortunate, at the moment, that we've had people in our squad like your Ross Taylors and your Kane Williamsons, then you see someone like Devon Conway come along, and you think this is another guy that could also be in that class."

Duffy took four for 33 in his one appearance for New Zealand, a Twenty20 match against Pakistan, while Ravindra hit a century for New Zealand A against the West Indies, is a handy left-arm spinner and was in New Zealand's Under-19 World Cup team in 2018.

"Rachin's been earmarked as a star of the future since his Under-19 days and we've been really encouraged by the advancement in his game this season, with both bat and ball," Stead said.

"He's obviously an opening option, but also has the ability to bat in the middle order which combined with his left-arm finger spin make him a great asset to our squad.

"Jacob's been a consistent performer on the domestic circuit and his ability to swing the ball made him a particularly compelling option with a Dukes ball in English conditions."

Colin de Grandhomme, who missed the home summer with an ankle injury, veteran Ross Taylor and Doug Bracewell all have to prove their fitness to finalise their places in the side.

Tags: England, New Zealand
Up Next