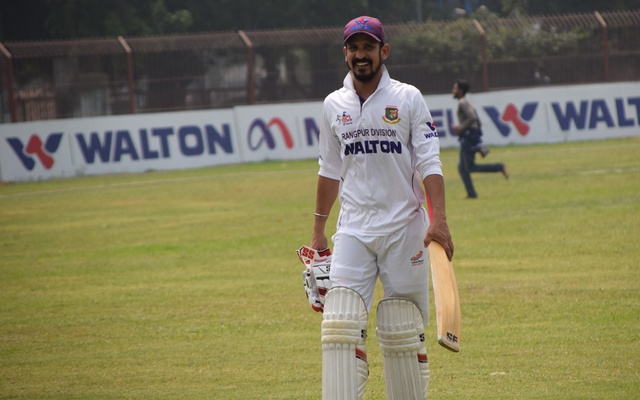 In the second round of Bangabandhu 22nd National Cricket League (NCL), Rangpur Division won by 7 wickets against Khulna Division in the first Tier’s second match. Ariful Haque's team reached the port of victory after losing 3 wickets, chasing 117 runs. As a result of this victory, they are in the second place of first Tier’s point list.

Rangpur started the day with 16 runs without wickets on the fourth day. They lost the wicket of opening batsman Nabin Islam before adding any runs. Another opening batsman Zahid Javed scored 37 runs. Abdul Halim returned both of them.

Tanvir Haider, who scored 10 runs, was dismissed by Rabiul Islam Robi. Suhrawadi Shuvo and Nasir Hossain left the field after winning the match. Nasir was unbeaten for 48 runs and Shuvo with 16 runs.

Tags: National Cricket League,
Up Next