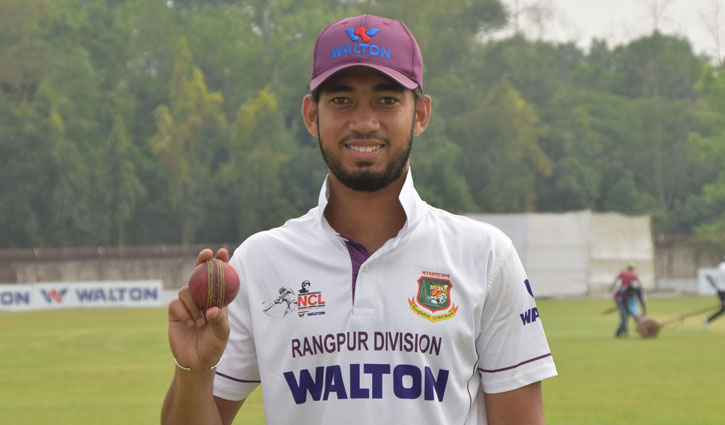 Four teams in the second round of the first Tier of the 22nd Bangabandhu National Cricket League (NCL) are fighting. Rangpur Division is playing against Khulna Division at Rangpur Cricket Garden. On the other match, Sylhet Division is facing the Dhaka Division at the Sheikh Kamal Stadium in Cox's Bazar. Today was the third day of play.

As a result, Rangpur set a target of 117 to win the match. Opener Amit Majumder scored the highest 69 runs for Khulna with the bat. Mahamudul Hasan took a pair of wickets except Mukidul’s 6 wickets. In reply, Rangpur ended the third day without losing a wicket by batting in their second innings. They need 101 runs on the last day to win the match.

At the end of the second day, Dhaka Division was behind Sylhet by 131 runs losing 6 wickets. However, Dhaka could not overtake Sylhet division on the third day. They were bowled out for 280. Rahatul Ferdous, the 25-year-old bowler from Sylhet has taken 7 wickets alone.

Shuvagata Hom fought alone with the bat for Dhaka. The all-rounder, who was unbeaten on 89 the day before, picked up his century on the third day but did not get much help from other teammates. Rahatul also returned Shuvagata of 114 runs with 2 sixes and 13 fours.

Sylhet started the second innings with a lead of 90 runs. However, no one except Asadullah Al Ghalib was able to put up a resistance. This batsman is still unbeaten after completing half a century. At the end of the third day, Sylhet got a lead of 273 runs losing 6 wickets. Shuvagata and Saif took two wickets each for Dhaka.

Tags: National Cricket League,
Up Next