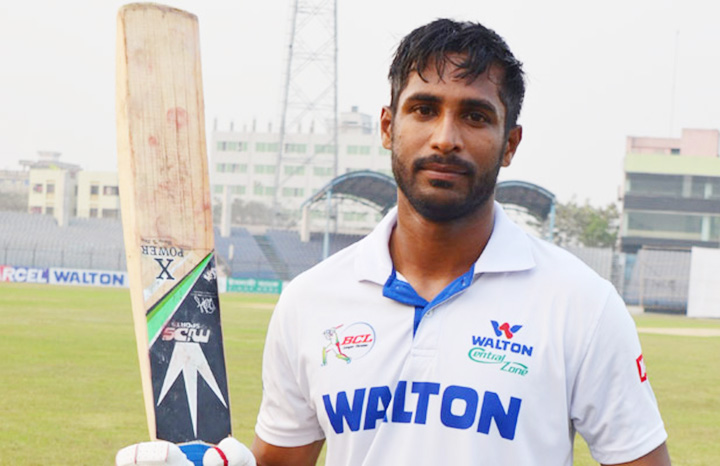 Four teams in the second round of the first Tier of 22nd Bangabandhu National Cricket League (NCL) are fighting. Rangpur Division is playing against Khulna Division at Rangpur Cricket Garden. On the other match, Sylhet Division is facing the Dhaka Division at the Sheikh Kamal Stadium in Cox's Bazar. Today was the second day of play.

Sylhet Division finished the first day with 282 runs for 6 wickets. They added 88 more runs before being all out on the second day. Sylhet were bowled out for 370 in 114.4 overs. Shuvagata Hom took 4 wickets for Dhaka. Sumon Khan and Taibur Parvez took 2 wickets each.

Dhaka lost 5 wickets for 93 runs. Then Shuvagata and Nadif Chowdhury made a pair of 77 runs. Although Nadif returned with 18 runs, at the end of the third day, Shuvagata was unbeaten on 89 runs. His teammate Arafat Sunny was unbeaten on 34 runs.

Rahatul Ferdous took 3 wickets for Dhaka. Ruel Mia and Enamul Jr. got two wickets each. Dhaka lost 6 wickets for 239 runs and passed the third day. They are still 131 runs behind Sylhet.

Even after Tushar Imran's century, Rangpur bowled out Khulna by 221 runs in the first innings. Fast bowler Mukidul Islam took 6 wickets with the ball. In reply, Rangpur finished the first day with 103 runs for 3 wickets, trailing by 118 runs. Rangpur's innings ended with 364 runs. At the end of the second day's play, Rangpur are ahead of 139 runs.

Tanvir Haider, who was undefeated the day before, went back to the beginning on the second day. However, Nasir Hossain at the other end picked up fifty. Before being out, he made 66 runs with 9 fours from 116 balls. However, Rangpur captain Ariful Haque missed the opportunity to score a century. Masum Khan Tutul returned Ariful, who scored 97 runs in 11 fours off 164 balls.

Tutul was the most successful bowler for Khulna. He took 4 wickets for 78 runs.

Tags: National Cricket League
Up Next