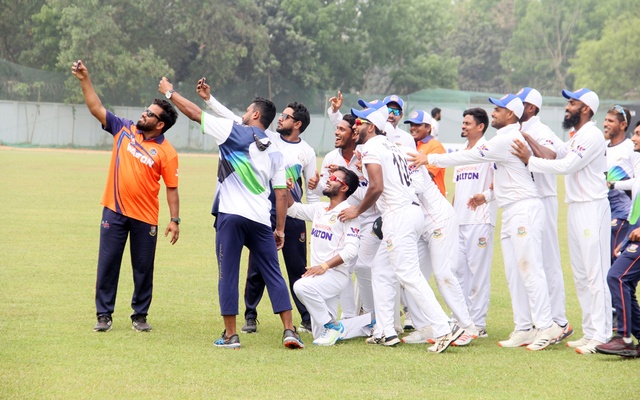 Rajshahi Division beat Barishal Division by an innings and 9 runs in first match of the Tier 2 in Bangabandhu National Cricket League (NCL). On the other match Chattogram Division faced Dhaka Metro in Cox Bazar.

Sunzamul Islam took ten wickets for Rajshahi, helping his team to win the match in just five sessions. He had six wickets in the second innings and four in the first. Apart from him, Taijul Islam took 8 wickets in two innings. Rajshahi’s innings ended on 60 runs.

In the other match of Tier 2, Dhaka Metro remained 270 runs behind Chittagong Division at the end of the second day. Opener Zabaid Hossain’s unbeaten on 46 run and highest scorer Shamsur Rahman’s 68 anchored the team to collect 132 for three wickets. However, batsman Shamsur was picked off by Nayeem Hasan.

Earlier, Chittagong’s Pinak Ghosh made a record of scoring 159 off 302 balls with 14 fours and 2 sixes. Another batsman Yasir Ali missed half-century for one run, both were sent off by Arafat Sunny. Arafat took three wickets in total and pacer Shohidul Islam got a couple of wicket while Abu Haider and Manik Khan got one wicket each.