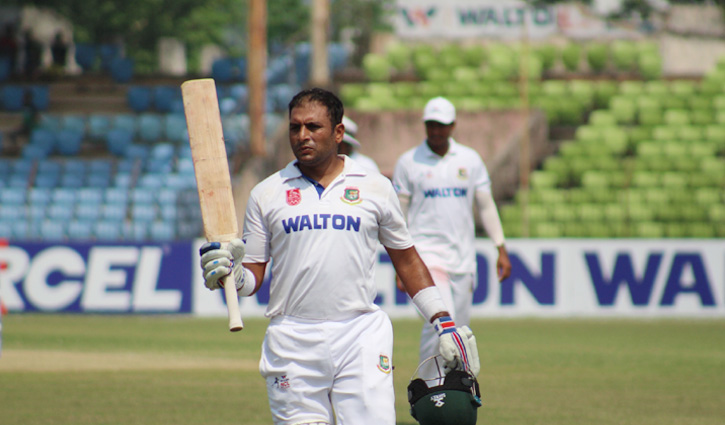 Tushar Imran, Bangladesh's leading first-class run-getter, who is shy of 296 runs to get mighty twelve thousand runs milestone, is eying to retire from his glorious career after touching that feat, confirmed the matter to Cricfrenzy on Thursday. His main goal is to get that run in the upcoming National Cricket League (NCL). However, he will continue to play this entire domestic season.

37-years old veteran scored 518 runs with three tons in the 2019 season of NCL, who has a record seven centuries in 2018, apart from being the first of his countrymen to reach 10,000 first-class runs. Tushar has helped Khulna to a hat-trick of NCL titles, often batting under pressure.

“I will play the whole season of domestic cricket this time. Last time I could not play because of Corona. My goal is to score 12,000 runs in first-class cricket. Then I will say goodbye to all forms of cricket. For now, I am in this plan” said Tusher to Cricfrenzy.

Domestic cricket across the country came to a standstill in March last year due to epidemic. After the end of last year, cricket returned to the country with the BCB President's Cup and Bangabandhu T20 Cup, but Tushar did not return to the field. At that time he landed a new role. He joined as the head coach of Sheikh Jamal Cricket Academy.

In this matter Tushar said, “I have not said goodbye to cricket yet, but I am still in the coaching profession. At the moment I am the head coach of Sheikh Jamal Cricket Academy. Maybe I can take it as a profession after retirement. Everything depends on my 12 thousand runs.”

Tushar offers form, experience and consistency to Bangladesh's middle-order that hasn't found anyone outside senior players like Shakib Al Hasan, Mushfiqur Rahim and Mahmudullah to make big runs in the last five years.

The Khulna Division star started first-class cricket in 2000, wore the national team jersey against Zimbabwe the following year. He made his Test debut in 2002. However, this right-handed batsman could not settle down in the national team.

He has played only 5 Tests in his career and in July 2007 he played his last Test. He played the last match of his 41 ODI career in the same year. After that, Tushar did not return to the national team even though he batted well regularly in domestic cricket.

He has always taken himself to unique heights by performing regularly. He has become a run machine in domestic big length matches. In first-class cricket, there is no one near the record of a century. He has scored 31 centuries so far.