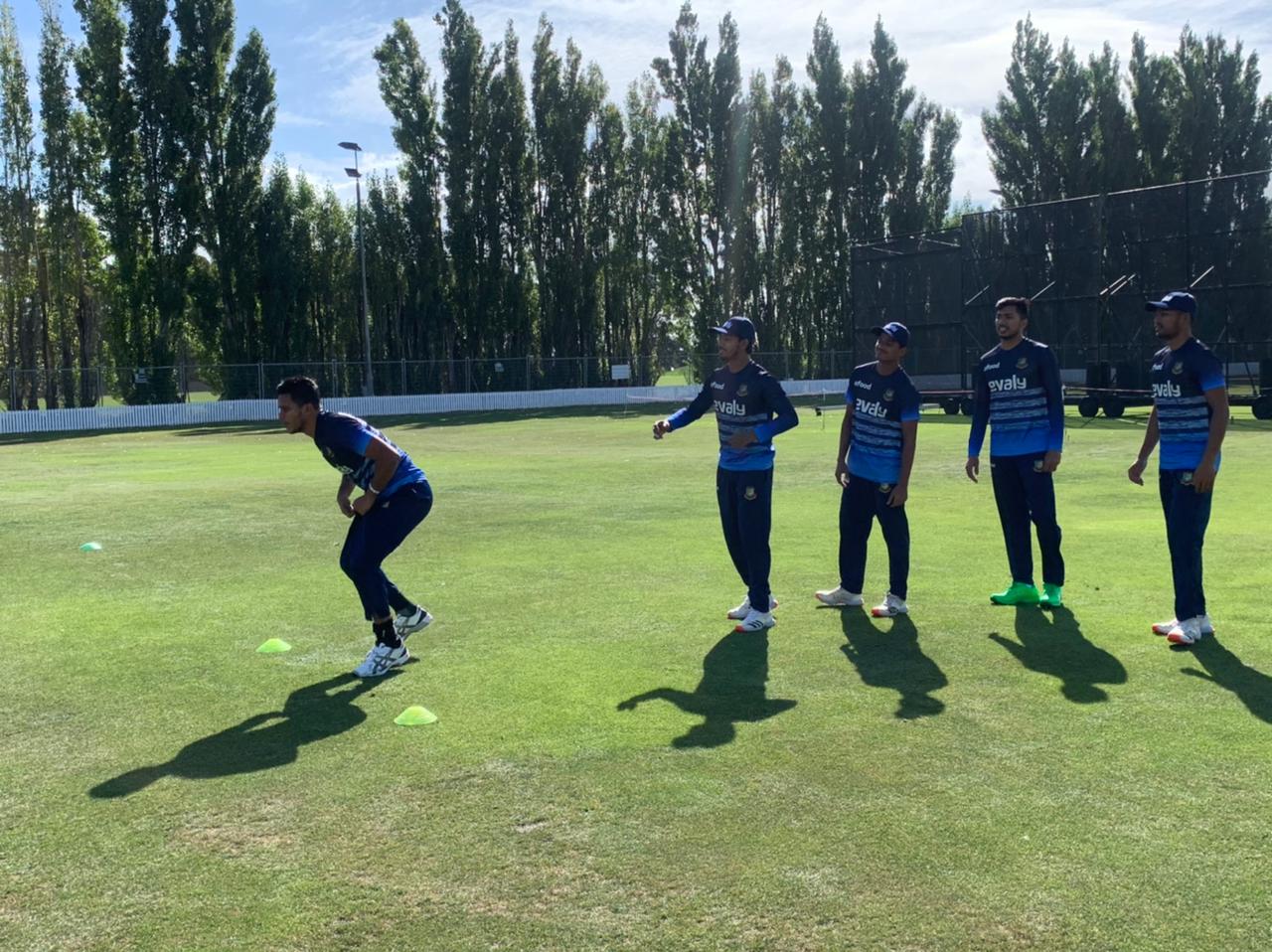 Bangladesh cricketers got the opportunity to practice for the first time since their arrival in New Zealand as they were divided into small groups of seven players to practice in the Lincoln Green on Thursday. Although, the visitors had a gym session yesterday [Wednesday] for the first time.

Tigers had to stay inside the hotel for the first seven days, they had to undergo three corona tests, after being negative for the consecutives tests they were allowed to return to practice. Although, after observing 14-day mandatory quarantine they can roam freely. All-rounder Mohammad Saifuddin sent a recorded video message to the BCB after a successful training session.

"In practice today, first we worked on our fielding, short catch and high catch. Because there's a matter of weather and wind here and hence we practiced catching trying to adapt to the condition here. Then we did batting and bowling in short sessions. And we did a little fitness training at the end, since we haven't been able to do too much fitness in seven days. We did running according to the trainer's instructions. I will be trying to adjust to the condition with practice sessions like this for the rest of the days we have left," he said.

New Zealand’s conditions have always been tough for opponents, Bangladesh has never won any matches against Kiwi’s on their soil. However, Saifuddin is optimistic for the upcoming series

"There obviously are expectations to win matches because we are a very good team in ODIs. So if we can all play our best, if the day is ours, then, of course, the result will be in our favour. Besides, there are also T20s. And as we are yet to fill in the achievement column in New Zealand, we will try to return to our country with some good results in this series," he added.

Bangladesh are scheduled to play three ODIs, starting from March 20 in Dunedin. The next two games are scheduled for March 23 and 26 in Christchurch and Wellington respectively.