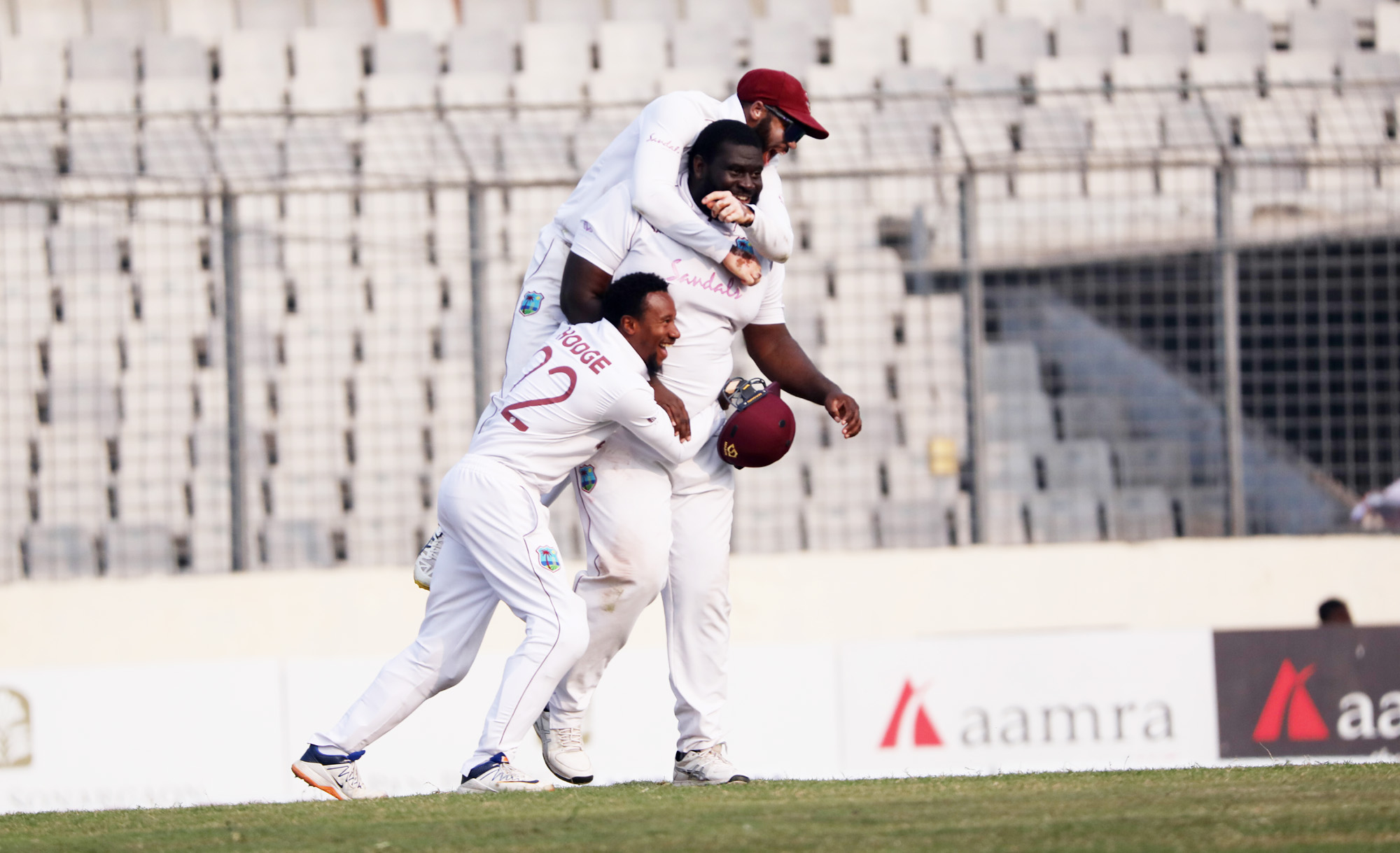 Rahkeem Cornwall as known as the “Mountain Man” had a magnificent Test series against Bangladesh and helped to clinch the series 2-0. This is the first time since 2012 that the Caribbeans have won a two-match Test series on sub-continental soil.

Right-arm off spinner have bagged 14 wickets in two Test as it is the highest of this series. Although he did not get much advantage in the first Test, he became a terror for the Bangladesh batsmen in the second Test. He took 9 wickets in two innings. He grabbed 5 wickets in the first innings, which is his second five wickets haul of his career and picked up four crucial wickets in the second innings. He was continuously bowled in the right areas and be patient to take wickets, which gave him the success.

“Think it was a good performance. Whole team had a good energy from day one. Coaching staff backed us. Once the conditions give a bit of spin, I enjoy it. Back myself, try to put the ball in the right areas. You just have to be patient, be consistent and build pressure.” said Cornwall.

Many have suspected his ability on the field but he proved them wrong with his fine athleticism. He took an impeccable catch of Mehidy Hasan Miraz to finish the host side which is probably the best catch of the series. His determination in the slip position gave him the result.

“I've been doing a lot of work in the morning in slip fielding. When the ball comes to me, I want to catch it." he added.