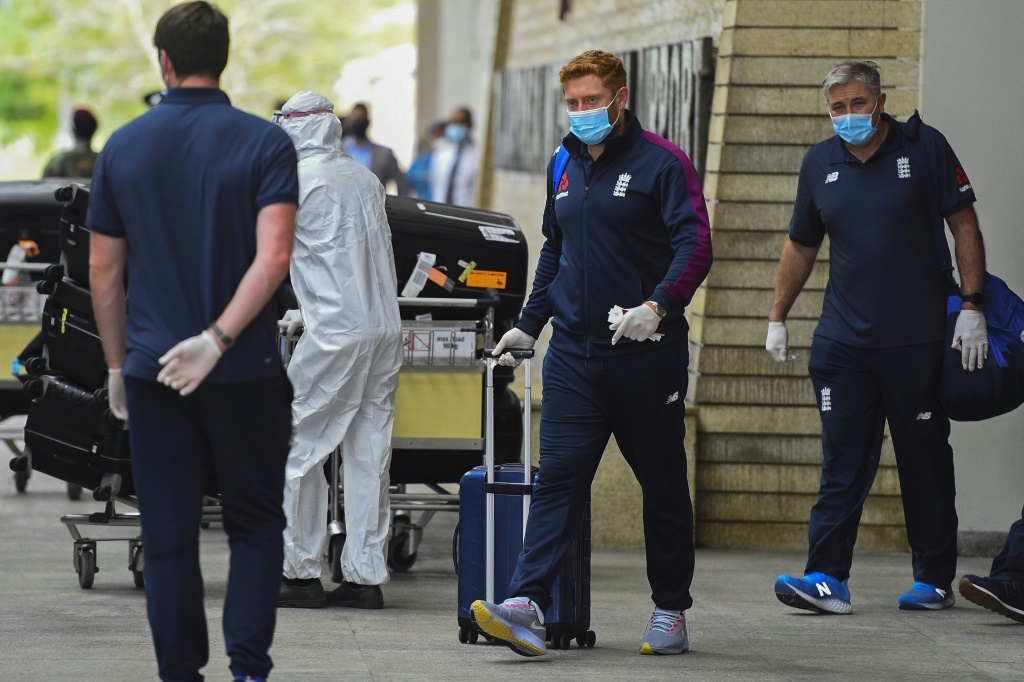 Psychologists have called for better support for cricketers' mental wellbeing as they head into a second year confined to biosecure "bubbles" around the world.

Cricket's long tours away from homes and family have often caused problems in the past but the restrictions of quarantine and bubble life are posing extra difficulties, experts say.

England's Jonny Bairstow said he spent just six nights at home in the second half of last year, while Pakistan bowling coach Waqar Younis saw his family for the first in seven months in January.

India fast bowler Mohammed Siraj missed his father's funeral after deciding to stay in Australia in quarantine with his teammates in November.

Sports psychologists and psychiatrists have warned of the toll being taken on players and said there is a "stigma" over coming forward, particularly in Asian nations.

"It would be ideal to have this in place for all Test-playing nations. There are a significant number of Test nations in South Asia, where there might be stigma related to mental health issues."

Anand said players can suffer problems ranging from lack of sleep and anxiety to depression, while their families also suffer, especially those with young children.

He said better "mental health literacy" is needed among players to "address the issues related to stigma and provide approximate interventions".

England batsman Bairstow told how players had become "addicted" to the Call of Duty war game as he highlighted the pressures while in Sri Lanka.

"I am not going to lie about it, it is something that does take a toll because you are going from the hotel to the cricket ground, back to the hotel," said Bairstow.

"Unfortunately the guys are unable to see their families, their kids, wives, girlfriends, over a long periods of time, which is tricky."

"The Skype chats, the people who have been with you through thick and thin back home are the ones that the you call up and chat to and keep you going," he added.

Cricket Australia took the lead in hiring a mental health expert last year and many top nations followed, including England who brought a psychologist on their current tour to Sri Lanka and India.

"So many cricketers come to me for advice," he said, adding that players are struggling "to get back with that same level of confidence. With the insecurity about selection, the extra pressure to perform".

England skipper Joe Root urged his teammates to "not hide away if they are feeling (the) blues" before they left for Sri Lanka and India, the start of a long year for the team who will play 17 Tests in 2021.

Mahmood said any psychological fallout from bubble life will come in for intense scrutiny once the crisis has passed.

"Hopefully, once the COVID-19 pandemic is over, there will be a period of reflection to ascertain the full impact of the biosecure bubbles on the mental health of cricketers," he said.

Tags: Biobubble life,
Up Next