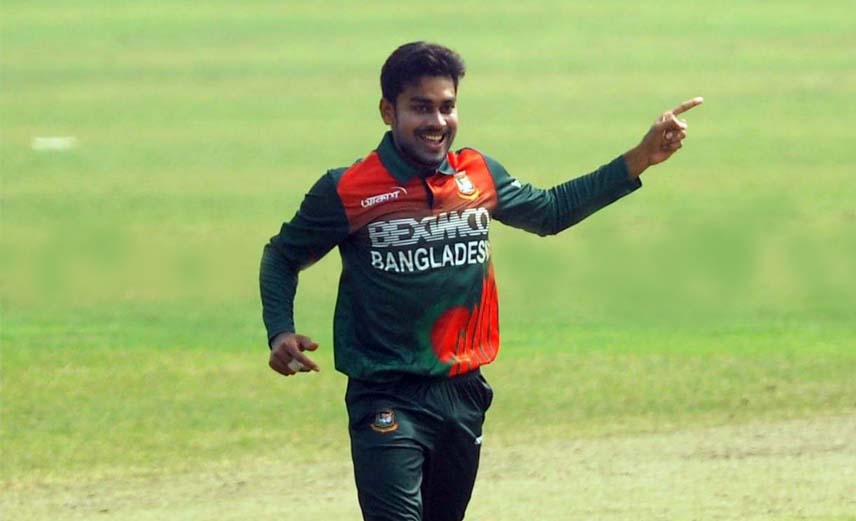 Mehidy Hasan Miraz has bowled well with six wickets from three matches in the recent ODI series against West Indies at home as he got the result of such a performance on Wednesday. The spin all-rounder has risen to No 4 in the newly released bowling rankings of International Cricket Council (ICC).

Miraz started the series from 13th place on the table. Miraz is currently left behind Kagiso Rabada(South Africa) and Pat Cummins (Australia) with 694 rating points. The 23-year-old cricketer did not even think that he would be in the top five in the bowling rankings. However, Miraz said that he is very happy with such success.

“Alhamdulillah, I feel very good. I never really thought I would be in the top five. By the grace of Allah, I felt good when I hear it and when teammates wished me that felt good too.” said Miraz.

23 years old all-rounder made his debut in 2016 with Test series against England. He was also the best in that series with 19 wickets. Since then, he has been a regular member of the national cricket team in white. However, he said that he was preparing himself for the short format also with Test.

“One thing I noticed when I started playing Test cricket, I didn’t think to play only with red ball but also white ball so I prepared myself that way. I have tried to figure out how to do better in ODI cricket and where I need to improve.” he added.

Fast bowler Mustafizur Rahman has increased to the top ten with Miraz. This left-arm pacer is 11 steps ahead at number 8 with 658 rating points. Miraz is thrilled to have his best friend as a partner in the top ten. He thinks that something like that was needed for the Fiz.

“No, it’s a very good thing for all of us that Mustafizur is in top ten. Mustafiz is a world class bowler and has won many ODIs for the country. He needed such a thing. But he wasn’t been in rhythm for a long time and I think he has played very well in this series.” he further added.