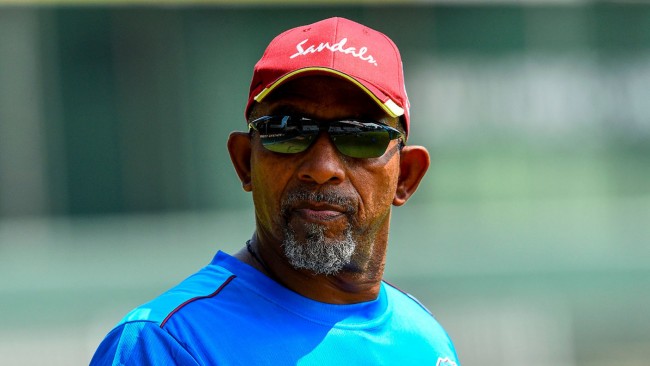 West Indies are aiming to earn a 10-point for World Cup Super League as they face Bangladesh in the third and final one-day international of the series to be held in Chattogram on January 25.

Phil Simmons, head coach of the West Indies cricket team, told the media that he saw some signs of improvement in the second ODI and hoped that his team will further step up their game in the next match to earn their first points in the Super League.

‘We came here for 30 points but we still have a chance to get 10 points in this competition,’ Simmons said during a virtual media interaction session on Saturday.

‘We have got from 122 to 148, but we need to get into the 230-250, so that we can be competitive. Give the bowlers something to bowl at, and show spirit in that aspect. But definitely 10 points would be the ultimate,’ Simmons added.

West Indies inexperienced squad has not done well so far in Bangladesh, as they already lost the ODI series by 2-0.

‘It means more to the team than to me. It is the chance for the guys to show what they can do at this level. It is a chance for them to put their name in the hat for 2023 [World Cup], and Sri Lanka later down the year. It is good to see what people are made of, ’he further said.

Simmons claims that with a few new additions, his side will be more competitive in the Test Series against Bangladesh, which will commence on 3 February and indeed the final match will be held on 11 February.