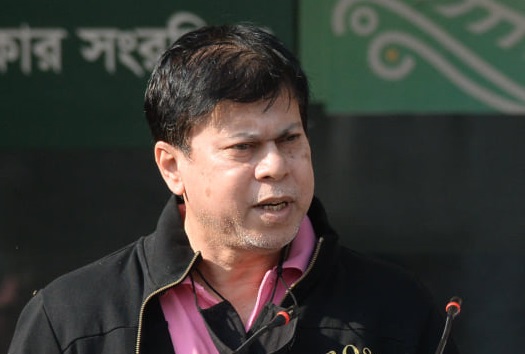 Bangladesh Cricket Board has announced a 24-member squad for the ODI series and 20-member squad for the Test series for the series against West Indies. Surprisingly Mashrafee Bin Mortaza couldn’t find a place in the squad. However, after the announcement of the squad, main selector Minhajul Abedin Nannu has said that it was tough for them to drop Mortaza.

Bangladesh played three ODIs against Zimbabwe before the COVID-19 hit the entire world and postponed every event. Notably, Mashrafe left the captaincy in that series only, although he told to continue his international game. However, this time BCB didn’t include him in the team.

While speaking about this, Nannu said, ‘We respect him and he has given a lot to the country. It was a tough call. But we have to accept reality and move on. So, we decided this together. Following that, we felt e have started from the beginning and whoever plays in his place, will get a big chance.'

However, Nannu has shared that they had a talk with Mashrafe before the squad announcement. He said, ‘I spoke to Mashrafe in detail. As far as I remember, I have informed him. We had a chat which I can’t share with you all but there’s no misunderstanding.'

West Indies team will reach by January 10 in Dhaka for the upcoming Bangladesh series. The series will continue to February 15. The ODI will start on January 20 in Dhaka whereas the third ODI will be played in Chittagong. The Test series will begin from February 3 whereas the final test will take place on February 11.