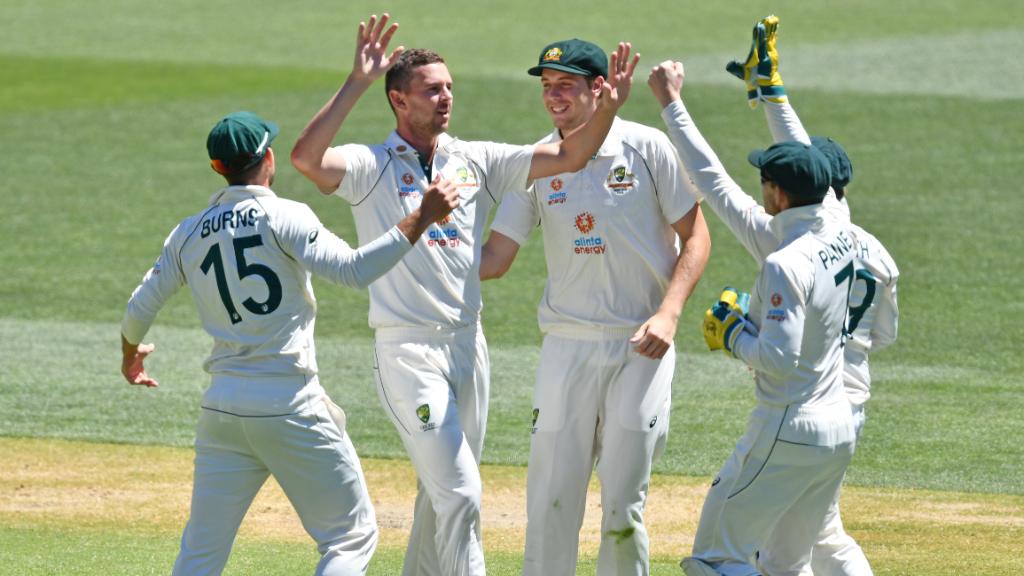 The 1st Test match of Border-Gavaskar at Adelaide Oval ended in a bizarre manner for India, despite going into the Day 3 as seemed to be the favourites with a 62 runs lead at the end of Day 2. India started the 3rd Day with 9/1 score showed on the board with Jasprit Bumrah and Mayank Agarwal were in the middle.

The Australia pace bowler, Josh Hazelwood and Pat Cummins started the day with their fierce bowling at the Adelaide Oval, which did not allow any Indian batsman to remain at the crease and the visitors faced a massive blow.

Team India could only manage 15 more runs in their total at the cost of six wickets as Josh Hazelwood’ five-wicket haul dismantled the Indian batting order completely as they collapsed within forty minutes. Moreover, no batsman could reach the double-figure as well.

The mighty Aussie bowlers bundled their opponents within 36 runs, which is also lowest ever total in the history of the Test cricket. Notably, earlier India’s lowest score was 42 at Lord’s in 1974 against England as well. As they were restricted to 36/9, Australia had a target of 90 runs to win the 1st Test of Border-Gavaskar Trophy as well as take a lead by 1-0.

Although batsmen failed to do well, India bowlers put up a good show in the series so far. Even in the first innings too, they proved to be the game-changer. However, Australia openers, Matthew Wade and Joe Burns came to bat in the middle for their 2nd innings.

They were determined to wrap up the game on Day 3 itself. Both Wade and Burns started taking on the bowlers from the beginning. However, Matthew Wade became the victim of a run-out and experienced spinner R Ashwin sent Marnus Labuschagne to the dugout for 6.

But, Joe Burns stood strong at the crease and scored a brilliant fifty and the contribution from Matthew Wade (33) before getting dismissed proved enough to take the team home by 8 wickets and take the lead by 1-0 as well.

Tags: India Vs Australia,
Up Next