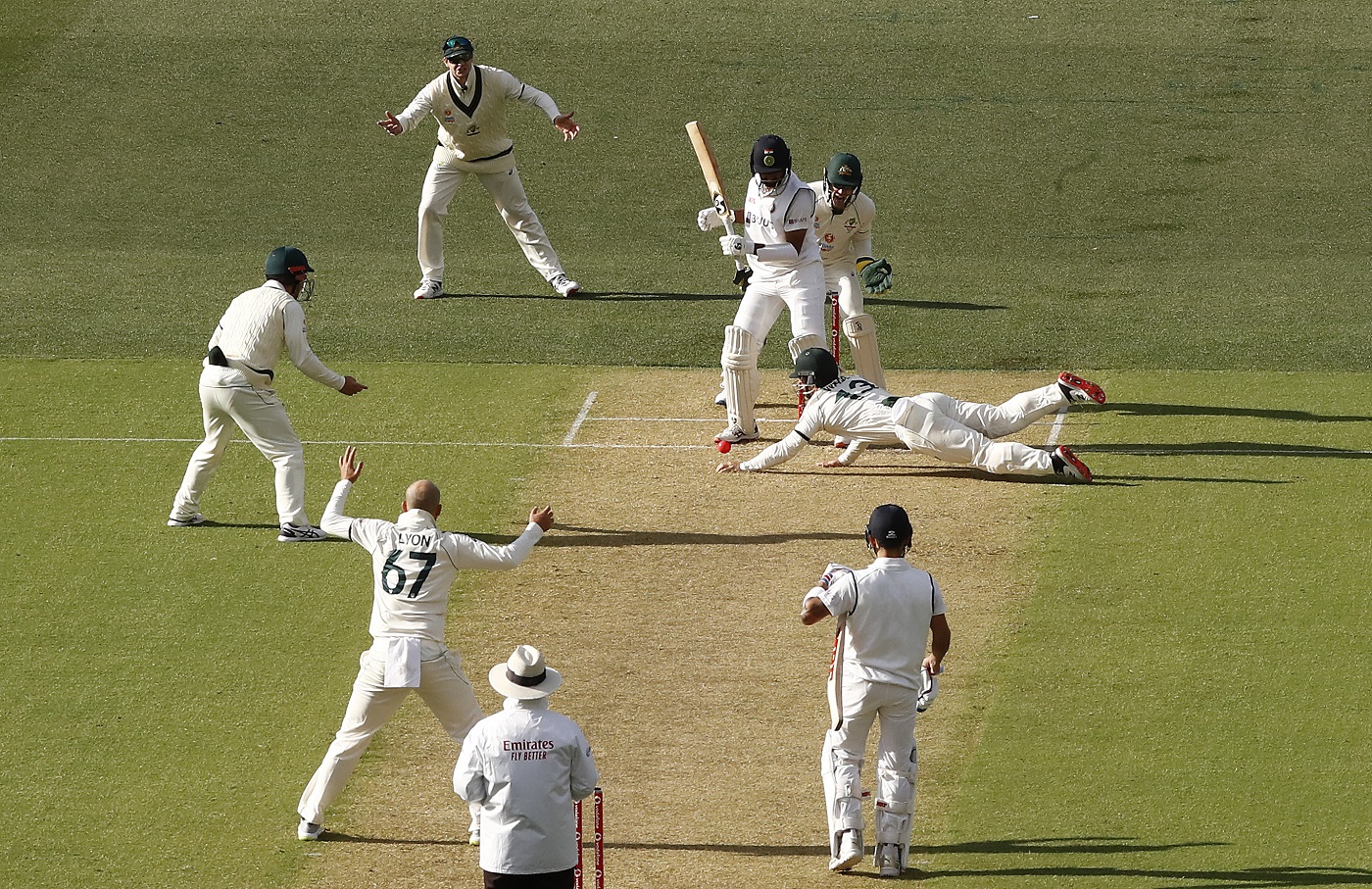 Team India have been playing their first-ever overseas pink-ball Test against Australia in Adelaide. The much-awaited edition of the Border-Gavaskar series witnessed a tough fight from both the teams on Day 1.

India captain Virat Kohli won the toss and elected to bat first. Notably, India are yet to lose a test match where Kohli has won the toss, although the final result is far away. On the other hand, Australia have a fair share of success with their undefeated record in day-night tests as well.

While India already announced their playing eleven beforehand, Tim Paine chose to disclose the team during the toss only. Meanwhile, Cameron Green received his baggy green from Pat Cummins whereas Matthew Wade will open Australia’s innings alongside Joe Burns in the absence of their swashbuckling opener David Warner.

However, Mitchell Starc got off to a perfect start for Australia as he picked up the wicket of Prithvi Shaw off the second delivery of the match. Then Mayank Agarwal and Cheteshwar Pujara took their time to resurrect the innings with the bouncy wicket which Aussie bowling attack used quite well from both ends.

Meanwhile, Mayank Agarwal couldn’t stay long as he was dismissed by a fiery delivery from Pat Cummins. His dismissal brought the dependable Virat Kohli in the middle and he alongside Cheteshawar Pujara stitched a crucial 68-run stand. Although Pujara missed out on a fifty after getting dismissed for 43 by Nathan Lyon, Kohli showed his patient and stayed in the middle as long as he could.

However, Rahane too couldn’t contribute much after Mitchell Starc dismissed him with the new ball. Starc bowled it full and trapped Rahane in front of the wickets for 42. And, soon Hanuma Vihari too joined his teammates in the dugout as he was also trapped LBW.

At the end of Day 1, the visitors finished with 233 runs on the board with the loss of 6 wickets with Ravichandran Ashwin and Wriddhiman Saha remains unbeaten in the crease.