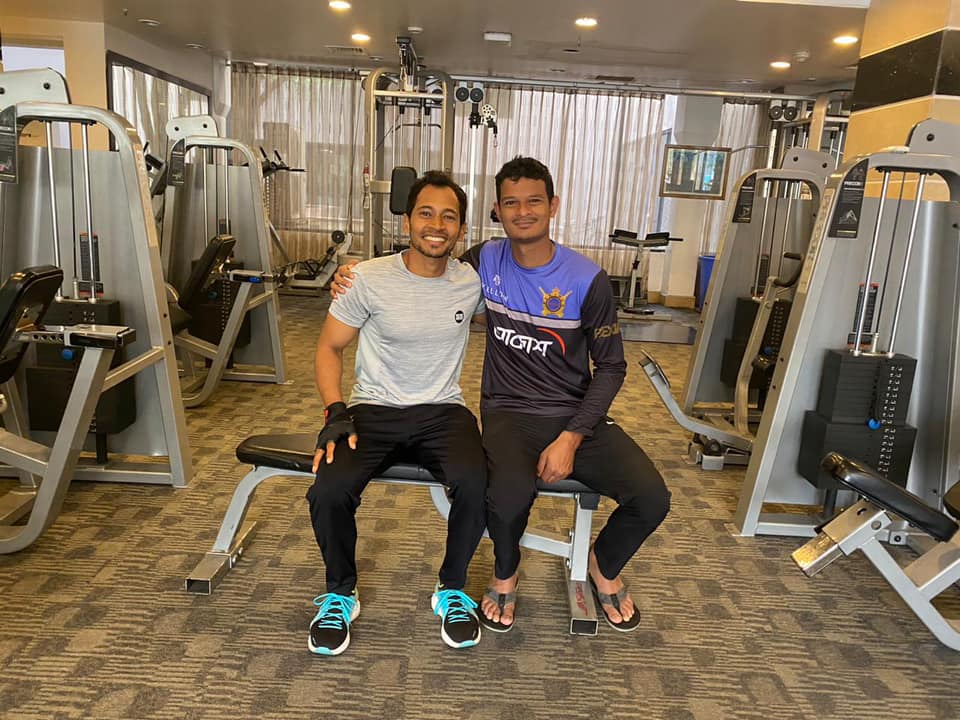 Beximco Dhaka’s skipper Mushfiqur Rahim sought apology to his team-mate Nasum Ahmed for misbehaving with him twice during the Bangabandhu T20 Cup Eliminator against Fortune Barishal on Monday.

While Dhaka won the match by nine runs to earn a spot in the second qualifier the gesture of Mushfiqur with Nasum on two occasions became the talking point of the game.

Mushfiqur, who avoided making an apology at the post-match presentation, posted his apology on his Facebook page on Tuesday morning.

"Assalamualaikum to all, First of all officially I would like to apologize to all my fans and spectators regarding the incident that happened yesterday during the match. I have already apologized after the game to my fellow team mate Nasum. Secondly I seek forgiveness from Almighty. I always remember I am a human being above all and the gesture that I have shown was not acceptable at all. In shaa Allah in near future I promise it won't be repeated on the ground or outside the ground....JazakAllah khair,’’ Mushfiqur wrote on his Facebook post.

The wicket-keeper batsman was found throwing shadow punches towards his teammate Nasum Ahmed after colliding with him trying to take the catch of Afif Hosaain, who was looking destructive scoring 55 runs of 35 balls.

Afif spooned a catch behind the wicket and both the fielders ran after the ball which was ultimately grabbed by Mushfiq who narrowly avoided the collision with Nasum and became furious towards his teammate.