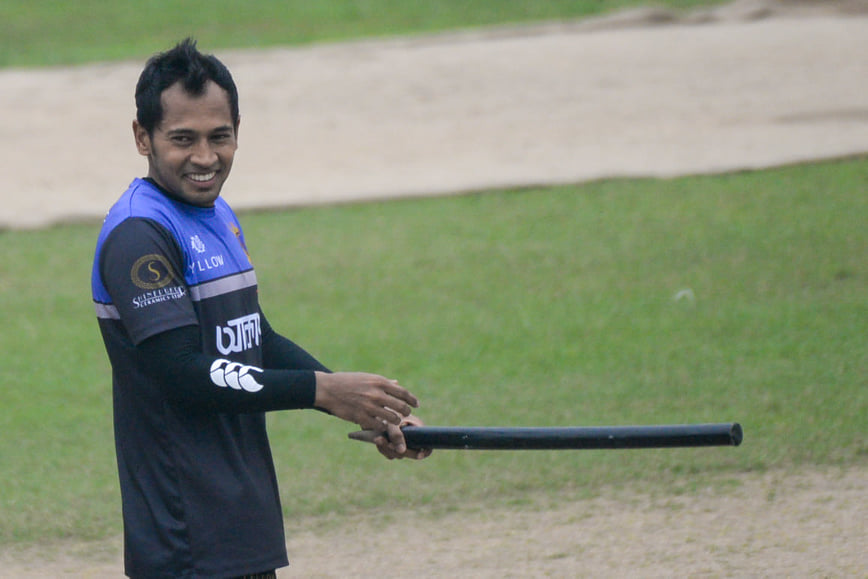 Beximco Dhaka’s skipper Mushfiqur Rahim said he is happy that his team mates showed their character in the ongoing Bangabandhu T20 Cup.

Beximco Dhaka earned a spot in the play-off despite losing their opening three games as they picked the momentum at the right time that helped them earned fourth straight win in the ongoing Bangabandhu T20 Cup.

Dhaka joined the spot in the play off along with Gazi Group Chattogram despite losing the game Gemcon still holds the second place in the points table.

‘’At first, I want to thank God as we started well. I feel everyone played with confidence under the pressure and held their nerves too. Despite losing a few, we stood strong and the credit goes to the team management. We spoke to the cricketers and gave them the freedom of playing. The way they played today was amazing, especially against Shakib and others and our plan worked. We were needed to carry forward the momentum, mainly in the first 6 overs which we could maintain in the last few games,’’ said Mushfiqur after the match

‘’I feel the wicket was good and a good start was needed too. Al Amin did well in his first game. Naim too started well and Akbar played a few stunning shots at the end which was certainly not easy to play. Apart from me, everyone did well with the bat but with the ball, everyone performed well, especially against Khulna – the team that has some quality players who can turn the table anytime,’’ he said.

‘’As I said earlier, it doesn’t matter how you start but it certainly matters how you end. The team has shown their character and confidence. We still have one game left and we will try to maintain this momentum. Since the next game will be a new one, we want to start afresh. Our bowlers and fielders are doing well and I hope we could carry forward this. And also hope to finish within the top two teams in the league,’’ he said.