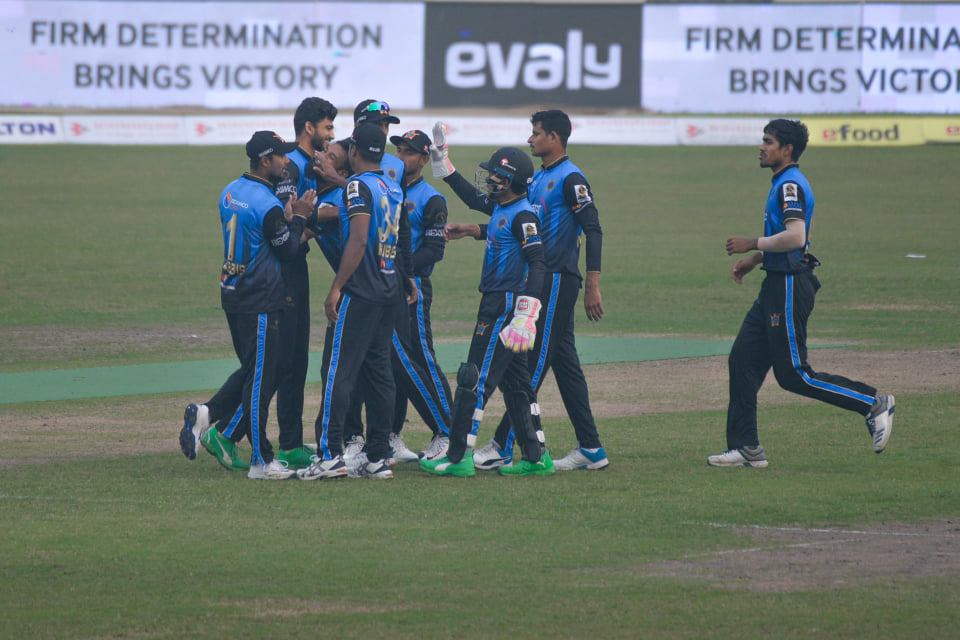 Beximco Dhaka brought down high-flying Gazi Group Chattogram down to earth as they handed them their first defeat in the ongoing Bangabandhu Twenty20 Cup by earning a seven-run win at the Sher-e-Bangla National Stadium in Dhaka on Sunday.

Mushfiqur Rahim’s team came up as winners and completed their third win in a row after suffering defeats in their first three matches in the tournament while they also completed sweet revenge as well considering Dhaka were beaten by Chattogram in their first meeting.

Sent to bat first, Dhaka posted 145-4 after 20 overs despite a shaky start as skipper Mushfiq and Yasir Ali salvaged the team with a fine partnership of 86 runs for the fourth wicket.

Mushfiq was not out for 73 runs from 50 balls with 7 fours and 3 sixes while Yasir played an accompanying knock of 34 runs.

‘’In T20 everything depends on momentum. If all the department plays well you can always win a match. I don’t think we scored a lot of runs as the wicket was good but it was a total team effort,’’ said Mushfiqur on Sunday after the win against Chattogram.

Mushfiqur added that he asked his bowlers to think of it as a do-or-die match.

‘’I only asked my bowlers to consider it as a do-or-die because we had to win this game if we wanted to stay alive in the competition,’’ said Mushfiqur, who earned the man of the match award.

‘’You must score quickly in T20 matches as the duration is very short and we must focus on it,’’ he added.

Chasing 146 runs, Chattogram was well on course while Liton Das was in the middle but their innings lost track after he was caught brilliantly by Shafiqul Islam in the short third-man for 47 runs.

Mohammad Mithun and Mosaddek Hossain tried their best but it went in vain as Chattogram innings ended on 138-9.