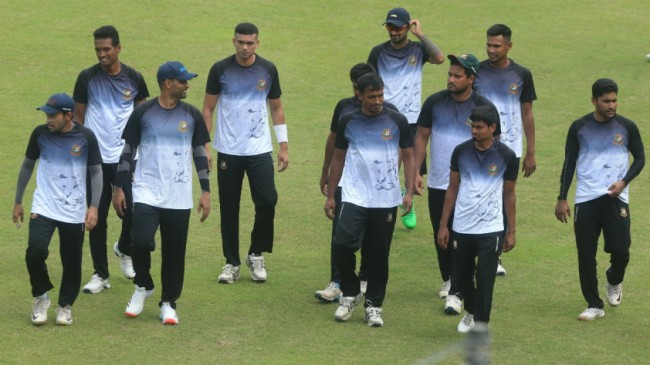 Bangladesh Cricket Board official said they are going to start the national preparation camp following a short gap after the ongoing T20 tournament to prepare for the upcoming home series against West Indies.

The visitors are scheduled to arrive in mid January for the tour that will involve three Tests, three ODIs and two T20Is though there is a possibility one Test might be reduced eventually as the tourist wants to wrap up the series as quickly as possible.

‘’We are likely to start the camp after December 25 and while the coached might arrive later we will start the preparation under the fitness trainer initially,’’ said Akram that suggest the cricketers are expected to have a seven day break after the Bangabandhu T20 that is scheduled to host the final on December 18.

It was learnt team management is planning to hold two four-day intra-squad matches as part of preparation for the Test series.