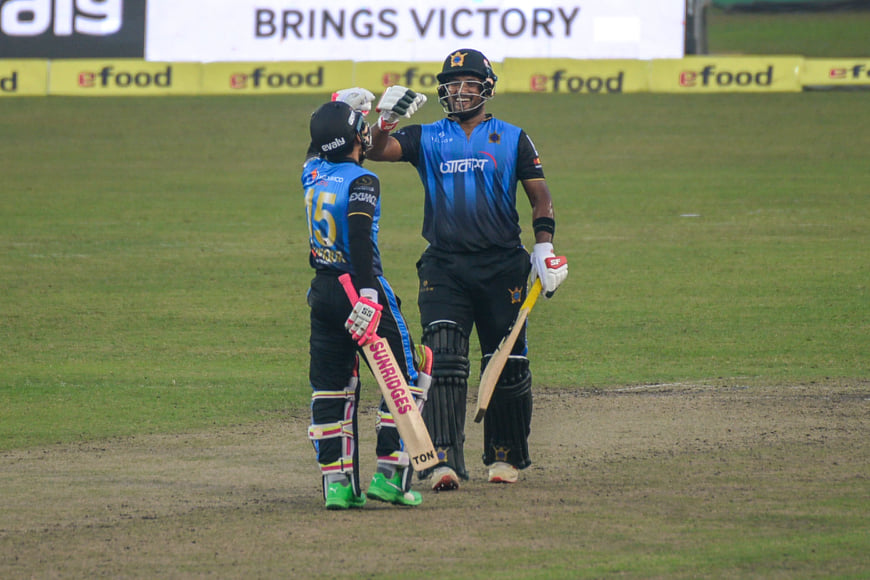 Dhaka, who had lost their first three matches, got off the mark in the tournament with a hard earned win as they took 19 overs to reach 109-3 after Barishal posted a paltry 108-8.

Sent to bat, Barishal failed to have any momentum in their innings, with Under-19 World Cup winning star Towhid Hridoy and skipper Tamim Iqbal hitting a run-a-ball 33 and 31 respectively while the rest of the batting line-up lent no support.

Robiul Islam, known as a top order batsman in the domestic circuit, caused the main damage with the ball for Barishal as he picked 4-20 from his four overs of off-spin.

Dhaka, despite limping at the start of the chase, held their nerves as Mushfiqur Rahim and Yasir Ali formed a partnership of 55 runs and took their team home.

From the last two overs, Dhaka needed 16 runs but Yasir did not allow the match to go into the final over, as he charged against Taskin Ahmed and pulled him for two sixes to conclude the match in the penultimate over and earn his team’s first victory with six balls to spare.