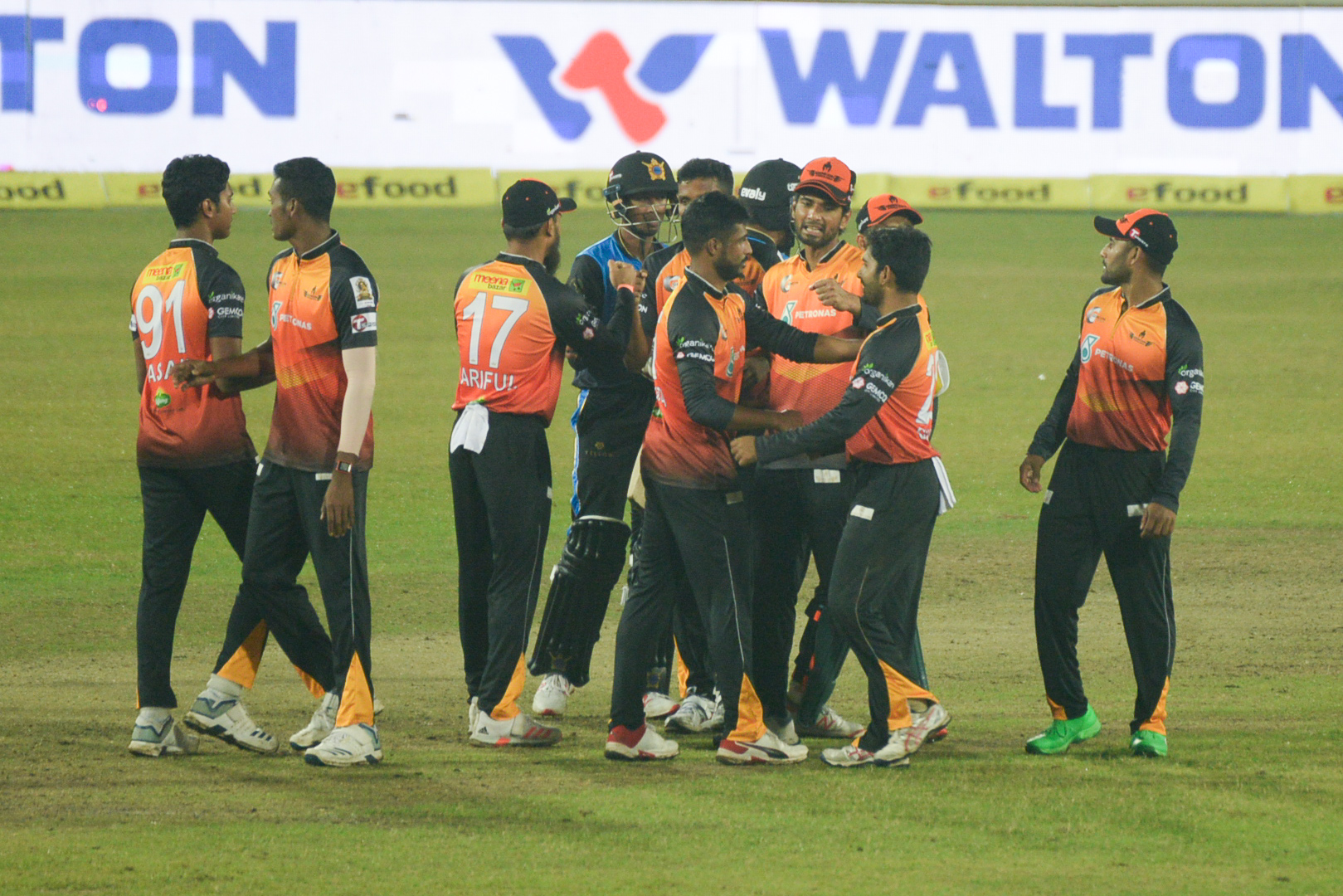 Beximco Dhaka continues their dismal performance in the ongoing Bangabandhu T20 as Gemcon Khulna handed them their third straight defeat by earning a 37 runs at the Sher-e-Bangla National Stadium in Dhaka on Monday.

Khulna all-rounder Shakib Al Hasan again failed with the bat, scoring 11 off nine balls, but was exemplary with the ball, claiming 8-1 in his four overs including two maiden overs in the power play.

Skipper Mahmudullah scored 45 off 47 to help Khulna post a modest 146-8 and eventually it proved to be enough Dhaka were bundled out for 109, courtesy some superb bowling by Shakib as he created pressure that helped others to pick wickets at regular intervals.

Khulna all-rounder Shakib Al Hasan again failed with the bat, scoring 11 off nine balls, but was exemplary with the ball, claiming 8-1 in his four overs including two maiden overs in the powerplay.

Sent to bat first, Khulna lost three wickets inside the powerplay before Mahmudullah and Imrul Kayes (29 off 27 balls) steadied their innings with a 56-run stand.

Nayeem Hasan dismissed Imrul to break the stand in the 14th over but Mahmudullah held one end up, remained unbeaten till the 20th over while Ariful Haque (19 off 11 balls) and Shuvagata Hom (15 off five balls not out) hit quickfire innings’ to push the score over 140.

In reply, Dhaka lost their top-three batters for just 14 runs.

Dhaka skipper Mushfiqur Rahim (37 off 35 balls) and Yasir Ali (21 off 29 balls) kept them in the contest with a 57-run partnership but both batters got dismissed in quick succession and rest of the batters crumbled under the pressure of the required rate.