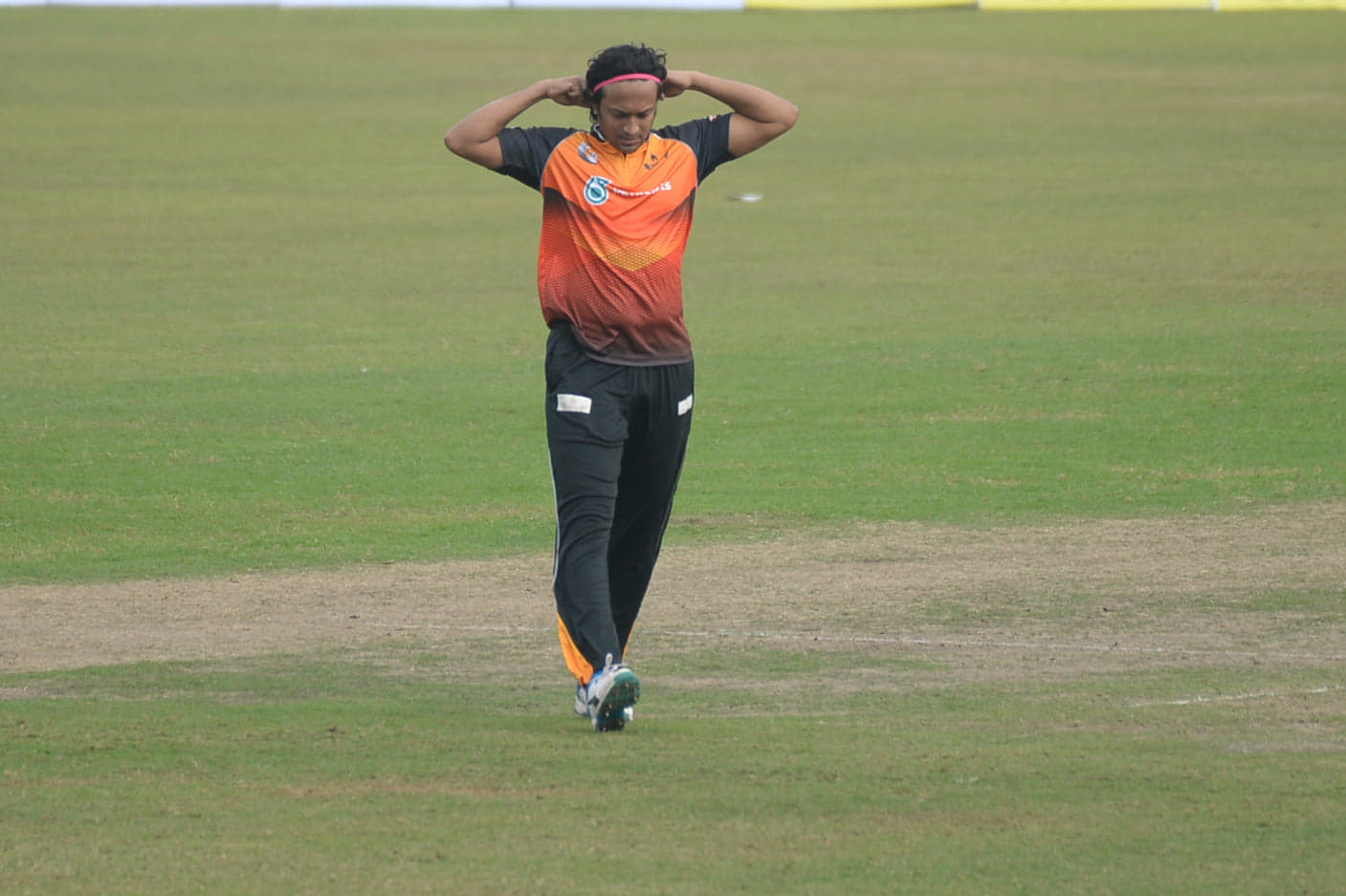 Fortune Barishal batting prodigy Parvez Hossain Emon said on Thursday that he is ready to hit any bowler if the ball is pitched on his zone.

Barishal crossed over 150-mark against Gemcon Khulna on the back of Parvez’s brilliant half century but that went in vain following the last over heroics by Ariful Haque, who smashed four sixes in the last over to seal a dramatic win.

However, the result did not overshadowed Parvez batting prowess as his scintillating 51 off 42 balls included three huge sixes and three fours.

The way he handled seasoned campaigner like Shakib al Hasan on his comeback match and also punished him for a loose ball by hitting him for a six only indicated that he was not awed by presence of big name.