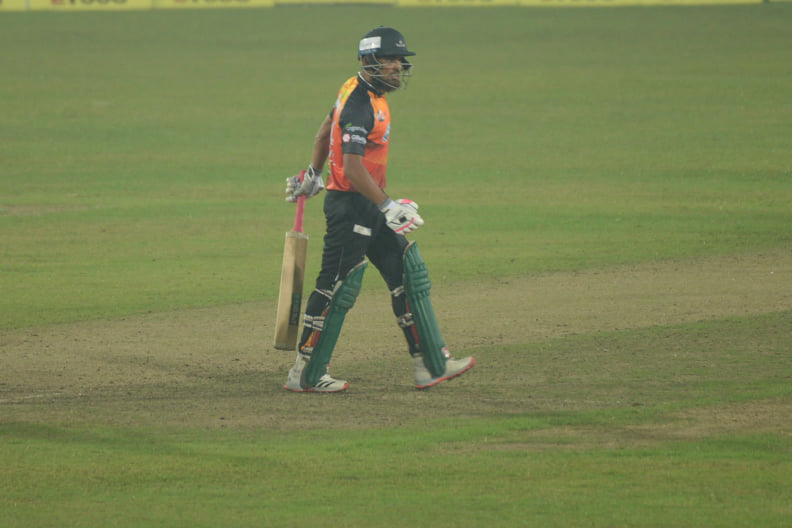 Shakib al Hasan failed to make a noteworthy return in competitive cricket as he started his second innings after a gap 408 days.

Thanks to Ariful Haque heroic Khulna snatched a four-wicket victory against Fortune Barishal from the jaws of defeat in their opening match of the Bangabandhu T20 Cup at Sher-e-Bangla National Cricket Stadium on Tuesday.

Requiring a 22 runs for a victory in the last over, overhauling Barishal’s 152-9, Ariful unbelievably struck four sixes to sail the side home. Mehidy Hasan Miraz was at the receiving end as Ariful produced a master class, driving the side to the victory with one ball to spare.

Ariful eventually was not out on 48 off 34 with two fours and four sixes. With Khulna reeling to a precarious 36-4, Ariful came to bat and stayed until he confirmed the victory for the side.

‘’I am happy that I stayed till the end,’’ said Ariful adding that their laborious win does not imply they are a weak team.

‘’Actually we returned to cricket after a long gap and it can happen,’’ he said.

‘’We might be strong team in pen and paper but we need to perform to win the game sometimes it will be a tensed match while at times we will win easily,’’ he said.